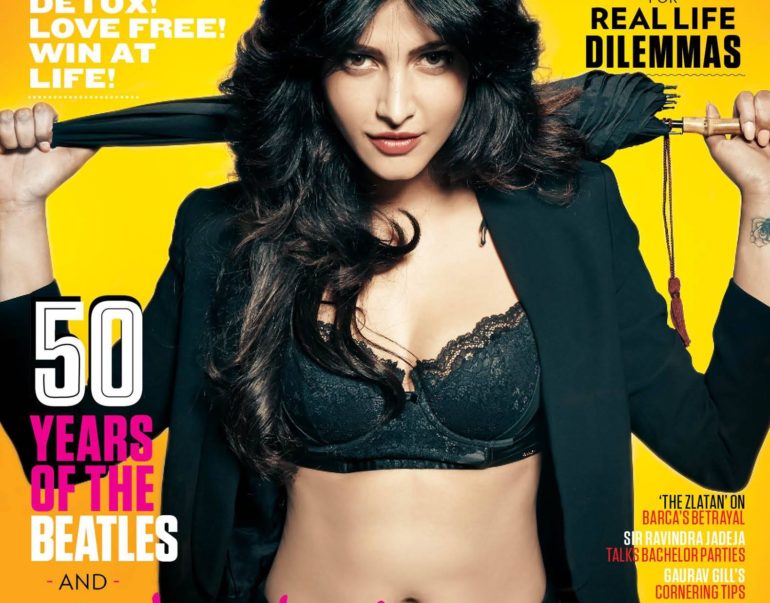 Shruti Haasan on the cover of FHM – February 2014

A few shots of Shruti Haasan from the February 2014, India edition of the popular mens lifestyle magazine ‘FHM’ with Shruti Haasan on the front cover. Shruti Haasan is the daughter of popular South Indian icon Kamal Haasan, who has followed her father’s footsteps into acting. The budding Indian actress is also a model and independent artiste. 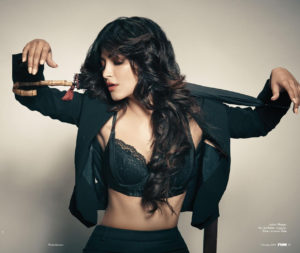 In the magazine feature titled ‘Shruti Haasan & the Beatles come together,’ the stunning musician sporting the iconic circular spectacles, thinks George Harrison is the cutest of all four and that Lennon was not the Beatles. To celebrate 50 years of Beatle-Mania, Miss Haasan gives readers a lecture and test them on how well they know the Beatles.