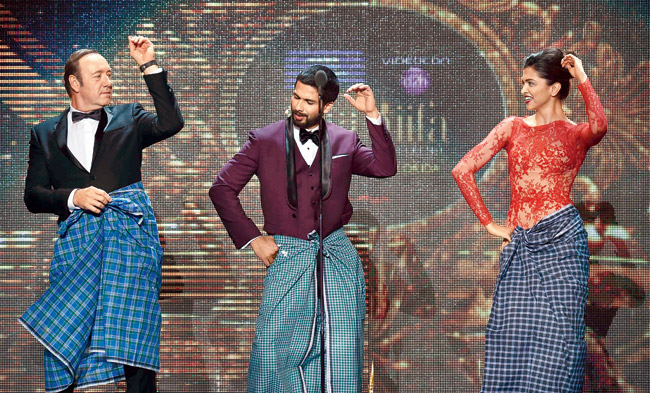 Its great to see that Kuthu has made it all the way to America courtesy of Oscar winning Hollywood actor Kevin Spacey who was a guest at this year’s IIFA awards in Florida. The fun, not so glamorous, yet very popular Indian dance style from the Southern state of Tamil nadu has been growing in popularity over the past decade thanks largely to Indian cinema. Firstly through Tamil cinema (Kollywood) and more recently through Bollywood, as its remakes popular Tamil films or films with a Southern touch.

“It is great to be here and see the performances at IIFA,” said the Oscar winning actor, known for his work in The Usual Suspects and American Beauty.

The big budget, glitzy show is now in its 15th year and growing from strength to strength. Another of Hollywoods greats, John Travolta danced alongside Priyanka Chopra & then Hithrik Roshan who presented JT with an award for Outstanding contribution to International Cinema.