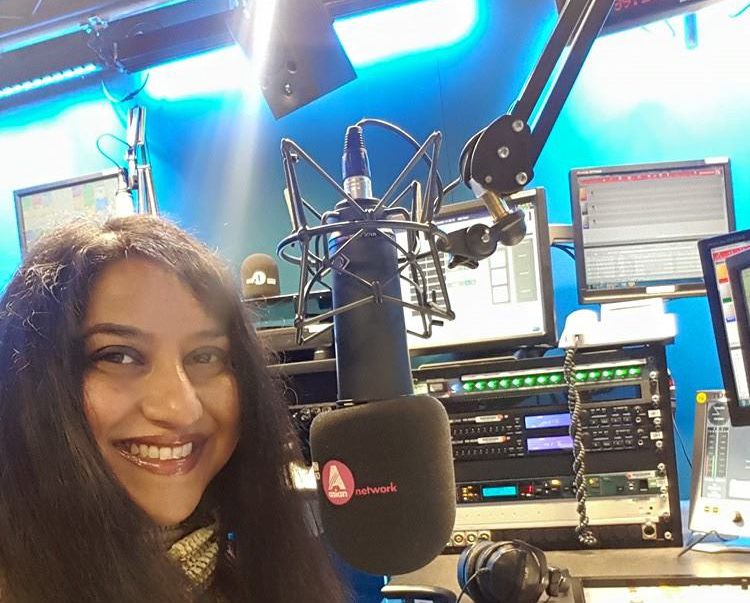 Its a good day for Southern (South Indian & Sri Lankan) music fans & artists across the globe as media guru, former ‘editor in chief’ of Thamarai.com and an advocate for all things Southern, Ashanti Omkar has her own show on the BBC Asian Network, a UK based BBC radio station serving the South Asian audience.

The BBC Asian Network announced today her brand new Sunday programme showcasing the rich music, arts and culture emanating from the British South India & Sri Lankan communities from 2 till 4pm each and every Sunday, launching in October 2014.

Aswell as providing a credible platform with a global reach for musicians & singers to showcase their material, the artists will also be eligible for PRS. Every minute a song is played on the show, the producers / musicians will be paid a small fee. A welcomed revenue stream especially for independent artistes.

“I’m very excited to be ushering in a new era with Asian Network. We will be providing the first real platform in Britain for artists of Sri Lankan and South-Indian origin where we can showcase the rich music and film culture and the Classical arts too. From Tamil and Telugu, Malayalam to Kannada and Sinhalese. We’ll be playing tracks from the cinema of the South of the sub-continent and its strong diaspora across the world, as well as crossover music, where East meets West, and Kollywood, Tollywood and Mollywood, meet Bollywood and Hollywood.”

The two-hour afternoon programme (2pm-4pm) will be fronted by British Tamil, music journalist and key supporter of music originating from the South of India and the diaspora, Ashanti Omkar. Ashanti has previously presented ‘The Southside Show’ for Desi hits! Radio and has been a regular contributor on Indian film for BBC London, BBC WM, and Monocle 24.

BBC Asian Network are set to introduce changes to its Sunday schedule from late October with the introduction of other new programmes designed to reach new audiences and showcase the best in Music and Arts.

“These exciting changes will serve to reinforce the unparalleled range, richness and distinctiveness of the BBC Asian Network offering and allow us to reach new audiences along the way. BBC Asian Network has been a real supporter of emerging artists including Arjun and Abi Sampa for many years – but this platform will allow us to showcase more talent with increased potency and connect them with the wider world of BBC Music.”