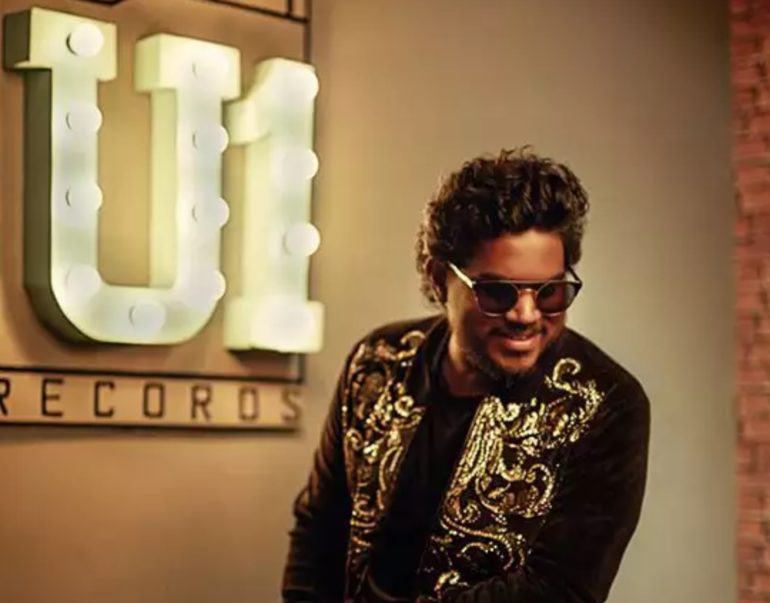 Yuvan Shankar Raja, the popular Chennai based music director, composer, performer, and the son of the Maestro Ilaiyaraaja, will be performing in Europe in Spring 2023.

The #HighonU1 Europe tour will take place in three cities – London on the 7th April, Paris 2nd April & Oberhausen in Germany on 1st April 2023. The rights to the European leg of the world tour was awarded to Yuvan’s audio engineer, and Tamil indie music composer Kausikan Sivalingam.

The tickets for the show go on sale from the 22nd January 2023, with “Foxx Entertainment” managing the London show, “Sokka presents” managing Paris, and NIMA Production managing Oberhausen. 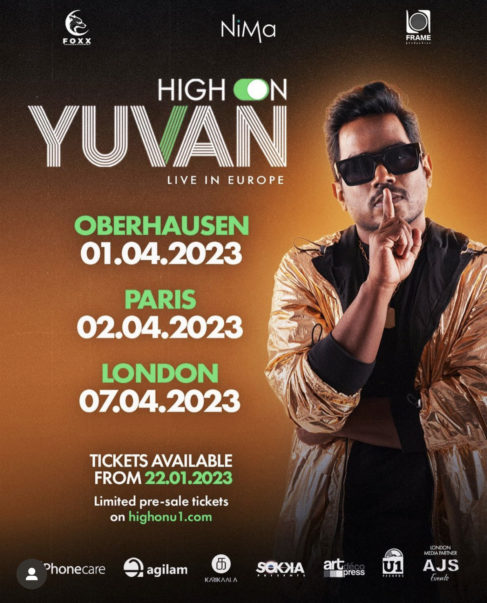 Yuvan has carved a niche for himself in the Tamil music scene. Carrying the penchant for innovation and fusion right in his DNA, Yuvan introduced Tamil cinema to new flavors of music infusing techno elements, EQ motivated voices, and reversed rhythm elements. While his first film Aravindan might not have been a great hit even though it had a couple of memorable melodies like Eera Nila, he shot to fame with the 1999 film Poovellaam Kettuppaar, featuring the then-youthful star cast of Suriya and Jyotika.

Ever since then, there has been no looking back for this music director who has been deservingly addressed as the Rockstar by his fans. His continuous collaborations with directors like Selvaraghavan, Vishnu Varadhan, Ameer Sulthan, and Lingusamy gave him a string of movies with strong stories and a great scope not only for composing songs but also for scoring memorable background scores. YSR is also a prolific vocalist not only having sang his own compos but also for other music directors like D Imman, A R Rahman, and his dad Ilayaraja. He has also collaborated with artists like Kamal Haasan for one of his early albums ‘The Blast,’ and artists like Baadshah and Rashmika Mandanna for singles.

Songs from albums like Kadhal Konden, Thulluvadho Ilamai, and Dheena, even to this day, feature in the playlists of a lot of people owing to the energy the songs hold. He holds the distinction of being the youngest recipient of the Filmfare Award for Best Music Director – Tamil, winning it when he was just 25 years old for the romantic tragedy 7G Rainbow Colony.

One of the most prominent and recent claims to fame for this forever-young music director would be the viral song “Rowdy Baby” from the film Maari 2. The song, featuring Dhanush and Sai Pallavi on the visuals and the same actor and the vocalist Dhee giving the voices, became a YouTube sensation, shattering multiple records. As of this article being written, the song has more than 1.42 billion views, making it one of the most watched Indian videos ever! The credit for this intensity of viewership has to be given, as much as to the legendary choreographer Prabhudeva, also to the music director and the performers as well!

Yuvan is known for the energy he brings to the stage in life performances, and his song Oru Naalil from Pudhuppettai and the theme music from the movie Billa are often a part of his encore list. Any Yuvan Shankar Raja concert is bound to engage audience and give them an awesome sense of being a part of the event rather than just being spectators! Wishing Yuvan all the very best for his upcoming concerts.