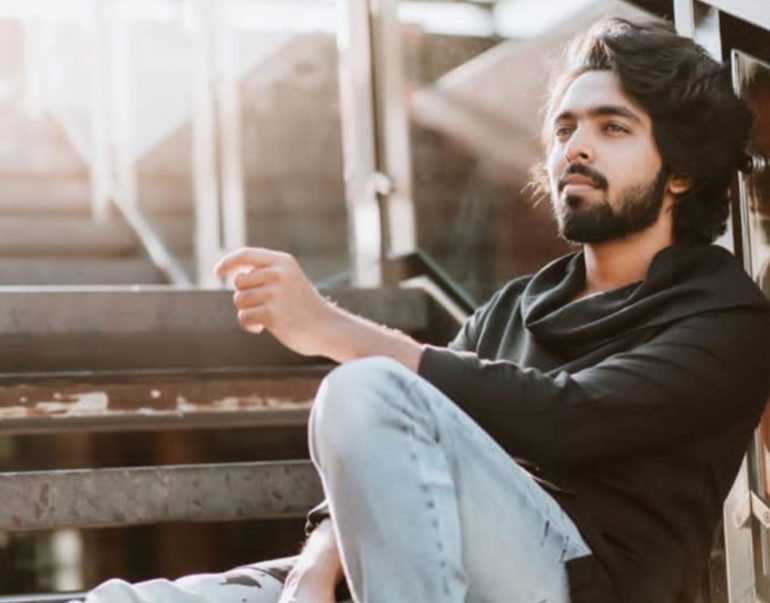 GV Prakash, the National award-winning Tamil music director is all set to make his first ever appearance in London. The event presented by KXJ Events & Skylife Harmony is taking place at the Prizm Nightclub in Watford, London.

The event, titled “Adiye” will happen on Thursday 26th January, 2023. Attending the event is Tamil Nadu based Kollywood actor Sathish. 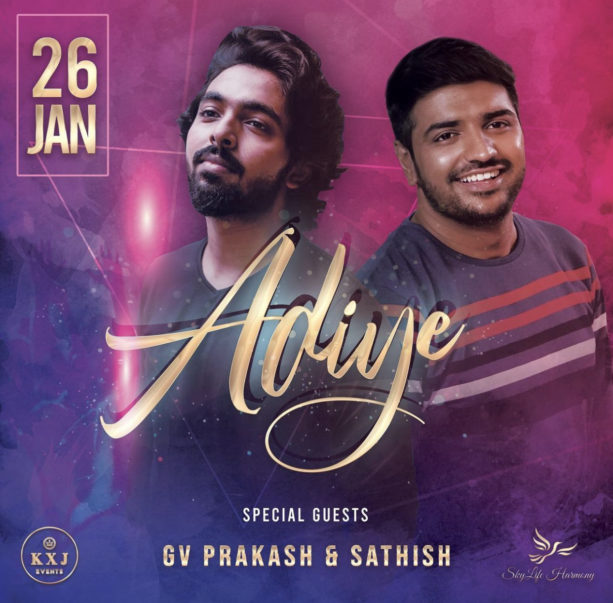 GV Prakash Kumar made a small but powerful entry giving the child vocals of the song Chikku Bukku Rayile in the 1993 film “Gentleman.” it is to be noted that the music director of this movie is none other than his uncle A. R. Rahman.

After a long hiatus from movies, he made his come back as a music director in the film Vancouver in 2006, when he was barely 20! The soundtrack of the film became an instant hit, with the numbers like Veyilodu Vilayadi evil king the nostalgia of rustic childhood energy and Urugudhey Marugudhey showing the mellow romance in the projector room of the movie theater… Where the tune perfectly blends with the visuals and the acting.

Since then, Prakash has given a string of consecutive hits and has been on continued collaboration with some directors like Vetrimaaran and AL Vijay who have used the scoring talents of GV Prakash for most of their films. In his eventful music career, he has also recently won the National Award for the Best Music Director for the film Soorarai Pottru.

GV Prakash Kumar has also established his skill as an actor, and he has acted in a variety of movies, and some of them were directed by demanding elite directors like Bala. Since 2013, he is married to his childhood friend, schoolmate, and singer Saindhavi.

He belongs to the new breed of music directors of Tamil cinema, much like Anirudh and Sam CS, and we are sure his London performance will be enjoyed not only by the lovers of Tamil music but by all music and dance enthusiasts in the city!

We welcome GV Prakash to London… And we look forward to his energy on the stage!