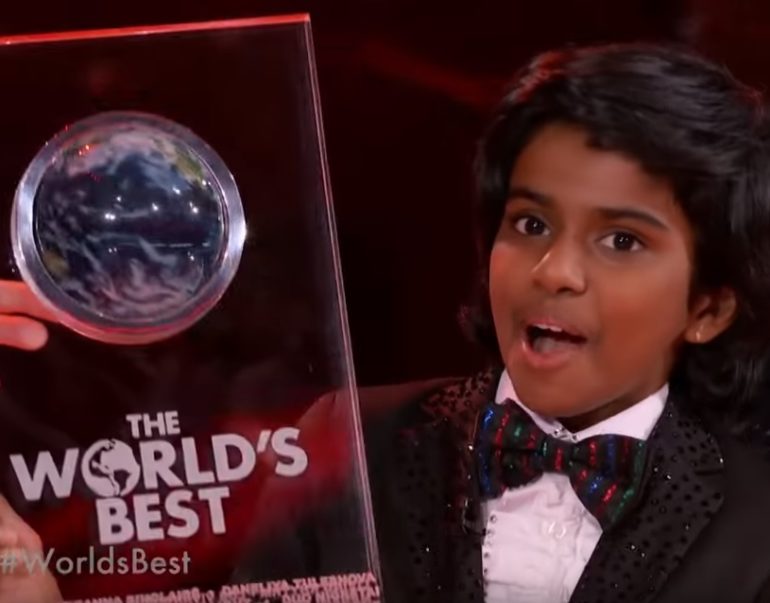 It’s been a whirlwind journey for a 13-year-old Tamil boy from southern India who has been competing in Season one of “The World’s Best”, a global talent show presented on America’s CBS Television Network.

Lydian Nadhaswaram’s mesmerising piano skills, at times blindfolded or at incredible speeds, has won him a legion of fans across the globe.

He has also managed to squeeze in a few high profile interviews, including a recent appearance on the “Ellen DeGeneres Show” where the “mini-maestro” played Mozart blindfolded!

At Wednesday night’s finale of “The World’s Best”, Lydian was up against South Korea’s Kukkiwon, a.k.a. “The Flying Taekwondo Masters.” Lydian performed a medley of Beethoven’s “Fur Elise” and Chopin’s “Etude” on two pianos simultaneously.

Deciding on the winner & recipient of the £1 million prize were front-line judges Faith Hill, RuPaul Charles, and Drew Barry. They were aided by 50 representatives from 38 geographic regions with various skills who helped to make the final call.