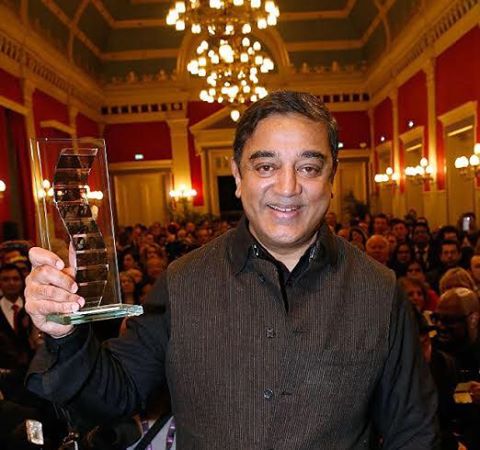 Tamil cinema’s Kamal Haasan was conferred today in France with the ‘Henri Langlois award’ for his contribution to Indian cinema.

Henri Langlois is remembered as an influential figure in cinema. He was a film archivist and considered to be the pioneer of film preservation.

“Received the Henri Langloise award in Paris. Wish Ananthu sir my guru had been alive to hear this. Heard of Langloise only through him”, wrote Kamal Haasan on Twitter.