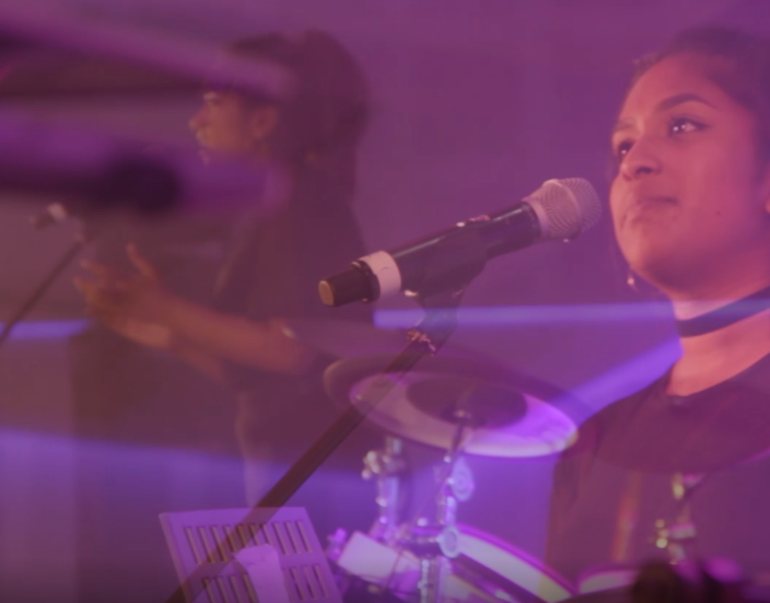 Performing on the night is an aspiring singer from London. Denuja’s sound is based around R&B and Soul as well as South Asian music. With a background in Eastern and Western classical music, she has been able to develop her style of music and voice to combine her favourite elements from both cultures.

She is also a multi-instrumentalist and plays guitar, piano, violin, drums, and veena. As well as performing at various prestigious venues such as the Royal Opera House and Hackney Empire, Denuja was one of two unsigned acts invited to perform at an intimate showcase with award winning music composer Anirudh Ravichander and the president of Sony Music India & the Middle East.

Denuja first began working with beatboxers when assembling a music group at university. Since then, she has been implementing beatboxing and rhythm into all her live performances, adding another dimension to the audience’s experience of the music. She aspires to continue producing new and innovative ideas to establish herself as a unique artist.

Southern Hospitality takes place in Londonthis Friday 28th July from 9.30pm till 3am. Denuja will perform a medley of songs with Beatboxing-guitarist Manoj Rajendran and bass guitarist Ashish Sundar. The short performance will be at 10pm, thereafter DJ’s from Captivate (UK) will take over spinning all the hottest RNB, Hip hop & Tamil party anthems. To book your tickets please email the team at info@thamarai.com.