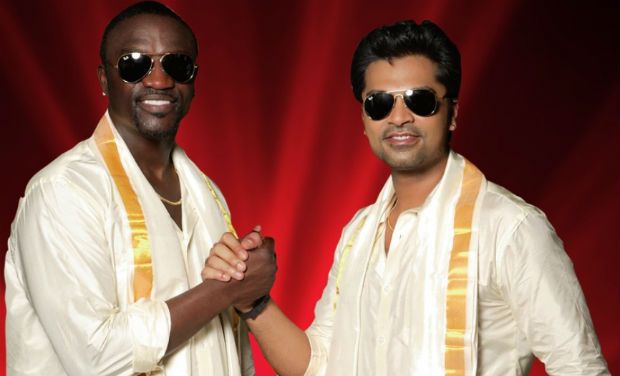 Simbu tweeted earlier today; Just received akon from the airport 🙂 yes love anthem final international version is getting ready! Thanks to all my fans for the patience

This is the second recording opportunity for Akon in India. His first was for the Bollywood film Ra.one starring Shah Rukh Khan, for which Akon sung in Hindi for the song Chammak Challo. The song went on to be a hit in India and amongst South Asians across the globe.

Love Anthem will aim to take it one step further with Akon helping with the lyrics and also featuring in a music video. 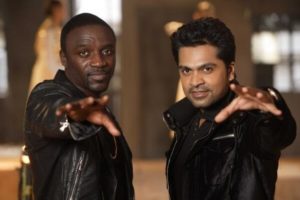 A delighted Simbu said, “I’m very happy that Akon has come down to Namma Chennai to record for the final version of the Love anthem. We will be doing a shoot for the video of the song. The song is on unity and we have taken words from 96 languages. We were scheduled to shoot in the US when I toured there, but couldn’t work out the dates at that time and now, it’s finally happening.”

It is reported that the album highlights the oppression faced by South Indians in other countries, with the songs intention to spread infinite love.