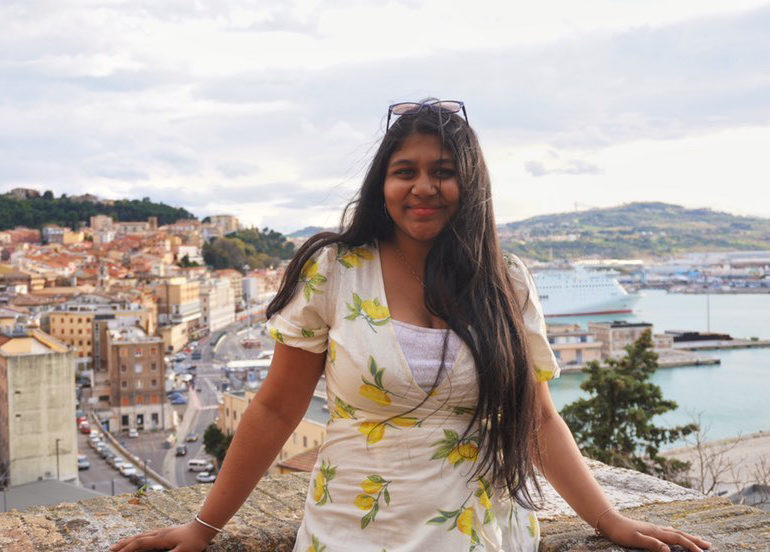 Tamil Londoner Nila Varman, a 21 year old MSc student at King’s College London, has picked up the prestigious Diana Award for online activism and award-winning radio show, The Nila Extract, where she showcases stories of underrepresented communities, including the Tamil community.

Despite being a full-time student with a part-time job, Nila pours hours every day into raising awareness for pressing social topics that are neglected or taboo in mainstream media and public discourse.

The Diana award is described as ‘the highest accolade a young person can achieve for social action or humanitarian efforts’, founded on Princess Diana’s belief that young people have the power to change the world.

By having unfiltered discussions with herself and her guests on issues such as climate change, mental health and her South Asian identity, Nila has built an inclusive space for important conversations.

The show has granted her other accolades besides the Diana Award as she was the winner of the SRA, BBC and Global Best Student Radio Presenter in 2021.

“I’m so honoured to have received The Diana Award – the highest accolade a young person can achieve for social or humanitarian efforts in the UK. The Nila Extract has been a huge part of my life for almost 2 years, I’m still learning and growing and I’m grateful for the opportunities I’ve had to amplify the voices of underrepresented communities. I’m privileged that so many incredible people chose to tell me their story and I’m eternally grateful to each and every one who has watched me grow. I never would have imagined that this is where I’d be when I started this platform and my show, I’m so excited to see where The Nila Extract takes me next.”