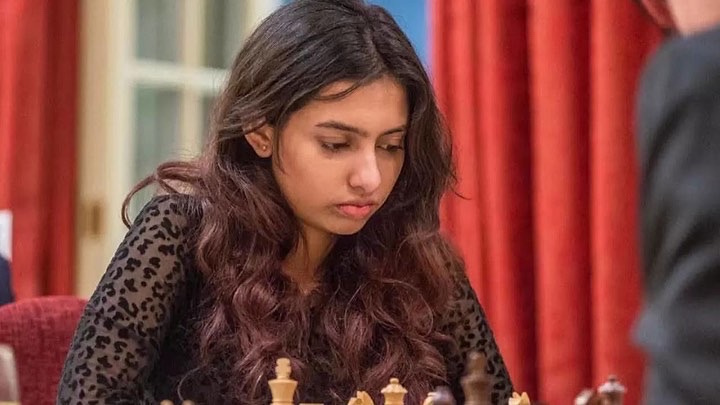 21 year old Akshaya Kalaiyalahan is a British Chess player, who in 2013 (at 12-years-old)and 2015 won the women’s British Chess Championship.

The final year law student at Oxford University is heading to Chennai, Tamil Nadu, to represent England (as a member of the women’s team) in the 44th Chess Olympiad against some of best players in the world.

Akshaya who has traveled to Norway, Azerbaijan and Georgia for previous Olympiads, was extremely excited when Chennai was announced as this year’s host. She speaks fluent Tamil and is looking forward to visiting the temples, relishing the local delicacies and conversing with the locals in her mother tongue.

Chennai, the capital of Tamil Nadu, will be the host city for the 44th Chess Olympiad, which will take place from July 28 to August 10. The city is home to the legendary World Champion Viswanathan Anand (the first-ever Grandmaster from India), and 16-year-old Grandmaster Rameshbabu “Pragg” Praggnanandhaa (who recently became the youngest player ever to defeat current world champion Magnus Carlsen). 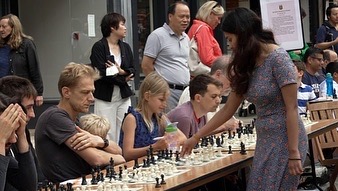 Born into a Sri Lankan Tamil family, who moved from Jaffna to London in the 90s during the Sri Lankan civil war, Akshaya was Introduced to chess by her parents. The family stays connected to their roots by running a chess club at the Jaffna Hindu College, providing funds to buy chess boards, books, and for students to attend chess tournaments.

Speaking to Times of India, Akshaya said, “I would love to visit Sri Lanka but it’s very difficult in the current (political) climate. Hopefully that will change for the better in the future.”