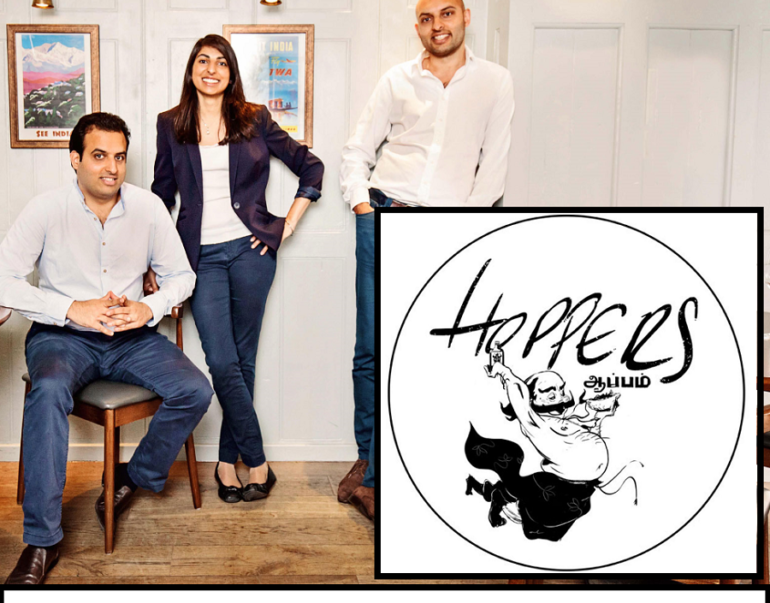 The family behind Michelin-starred Indian restaurants Gymkkhana and Trishna are launching a third site in Soho, London inspired by the roadside shacks of southern India and Sri Lanka in October.

Called Hoppers, it will occupy the site on Frith Street in Soho that was formerly home to Koya, a Japanese udon noodle shop. It’s scheduled to open in October, says Karam Sethi, who owns JKS Restaurants with his brother, Jyotin, and sister, Sunaina.

The menu will center on the hopper, a bowl-shaped pancake made with fermented rice batter and coconut milk, and dosas, which are crepes made from fermented batter of ground rice and lentil. The dishes are popular in Tamil Nadu state and Sri Lanka. (Hoppers are also known as appam.)

“We’ve been working on this for two or three years,” Sethi tells us. “I’ve always had the idea of doing something more casual, and this fitted because we’ve seen the popularity of the duck dosa at Gymkhana. It’s probably the most-ordered dish. So I already know that the dosa is familiar to Londoners.”

Gymkhana was named U.K. National Restaurant of the Year 2014 within months of opening. It placed fourth for 2015. The Sethi family also backs Lyle’s, a modern British restaurant that came sixth. Kitchen Table at Bubbledogs placed 31st in the Top 100. At the Sethis’ newest eatery, bun café Bao, the main challenge has been managing the queues that form outside.

“We think that the level of spicing and the style of the food and the ingredients in our Indian restaurants work,” Sethi says. “We want to replicate that toward the casual end and the higher end, across the whole spectrum of Indian dining.” He declines to discuss other projects and says he is focused on Hoppers.

The menu will begin with snacks such as roti—flatbreads with fillings such as Tamil spiced braised oxtail. The hoppers and dosas will be served with a choice of sauces, known as karis, that may include pig-cheek, goat, and guinea fowl. They will be served on a brass platter with three coconut chutneys.