During our visit to Canada in June 2019, Toronto based chef ‘Fusion by T’ hosted an unforgettable Banana leaf Tamil feast inspired by the traditional Filipino style of eating (with hands) known as Kamayan.

What was originally meant to be a casual BBQ in the park for a few friends, similar to what he cooked up for us on a previous trip to Canada, spontaneously grew to become a Virundhu (Tamil word for feast) in the idyllic settings of a conservation area in Toronto. 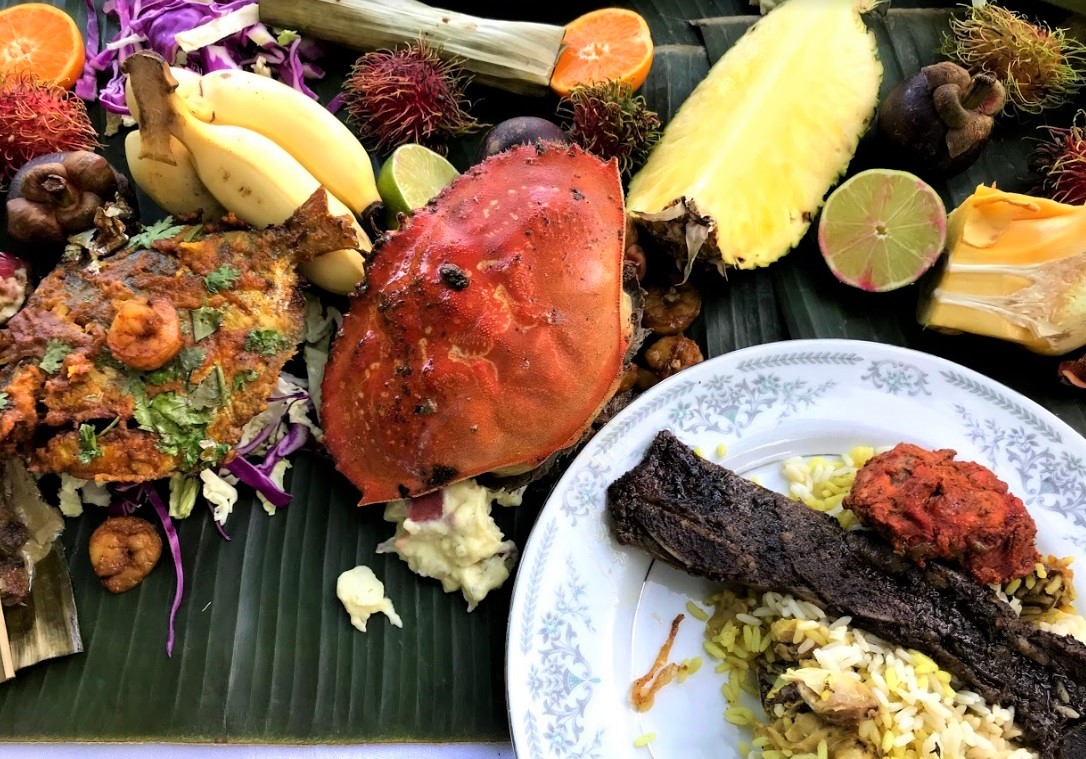 Placed alongside the fruit was an assortment of seafood. Crab cooked with black pepper & fresh coconut milk in a clay pot.

Wrapped in a banana leaf was an oven-baked kebab made with beef & shrimps seasoned in South Indian spices.

After working for top celebrity chef and Canadian restaurateur Janet Zuccarini and training in Italy under the guidance of renowned Italian chef Giuliano Bugialli, Fusion by T’s made his foray into Tamil fusion cuisine.