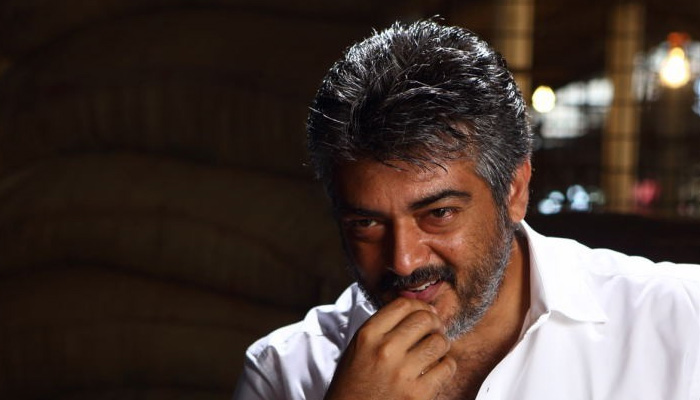 In a recent function to honour the Tamilnadu Chief Minister Mr Karunanidhi, what turned out to be the highlight was the speech made by Ajith, which even earned a standing ovation from Rajinikanth. Ajith had mentioned in his speech that actors should not be arm-twisted into participating in events which the film fraternity initiates in response to social concerns. 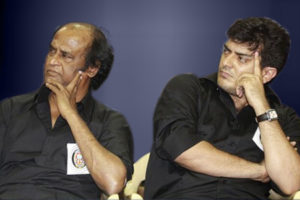 We have read in the past where actors and actresses who had failed to turn up for such events were asked to show cause or were even disciplined for their absence. Ajith apparently doesn’t see such punitive actions as being warranted and appealed to the Chief Minister to intervene to allow actors to participate voluntarily.

Well, no one can be coerced into doing something towards which they have no inclination or affinity. The basic right to choose what one wishes to represent or vouch for lies with the individual. On that premise, I agree with Ajith’s request.

However, being a celebrity deprives one from being totally individualistic. Actors, actresses and their peers are part of a fraternity and are therefore required to show solidarity when a social issue arises. Ajith and others who feel the same way may not be personally excited about participating in such events, but Ajith is not the film industry; he is only a part of the larger industry, which he needs, in order to progress in his career.

Participating in such events shows oneness of heart and mind. The film industry is probably the most public enterprise and thrives on the support of the very people who are affected by social issues. As an actor, Ajith expects these very people to throng the cinemas and show support and appreciation. Isn’t it an injustice to the viewers, when their favourite artistes find excuses not to stand on their behalf when trying times come about?

Learning to say no to the face is an art that many may have not mastered. Most people who wish to say no usually find reasons and excuses in order not to be offending and to maintain goodwill. At the bottom of Ajith’s heart, I see him actually saying, “Count me out!”

I am sure that many others who had shown up and made speeches weren’t absolutely thrilled at being at those functions. However, as they represent the industry and not themselves and I believe they do turn up and show face.

Actors and film makers preach a lot about how cinema should be a medium that evangelizes social concern, justice and so forth. But why do some find excuses to participate in events that promote the very message they preach?

With regards to the punitive actions taken by the associations, I believe they are needed in order to add credibility to the associations concerned. In times of trouble, actors do seek the intervention of these associations and expect help and solutions. It would be sheer ungratefulness when they fail to stand together with their ‘saviours’ in times when the solidarity of the fraternity needs to be displayed.

Those who find ways to stay away fail to realize that they are social beings themselves. Inflation, unemployment, health issues plague them too. They should always remember that they are citizens whose profession is acting. I wonder whether Ajith would sing the same song if he or his family were to suffer some gross injustice. I wonder if he would seek support from one and all to stand with him or would he just be satisfied with a few volunteers?

The most interesting part of the whole episode was the standing ovation Ajith received from Rajinikanth. A deeper side of Rajini revealed perhaps?
Words: Joseph David

Joseph is a Malaysian-born Tamil, living in the state of Penang, Malaysia. His first taste of the Tamil language came from his grandmother who taught him how to read and write in Tamil. She also encouraged him to watch Tamil programmes and movies so he could improve his language skills. Those were the days when good Tamil pronunciation could be heard in Tamil movies – thanks to thespian Chevalier Sivaji Ganesan, who became Joseph’s favourite actor.

At high school, Joseph developed an affinity towards writing, and he eventually wrote, directed and acted in many Tamil plays. Joseph has also won many prizes at singing competitions in school. The performing arts had always been close to his heart and analysing Tamil movies soon became his favourite pastime. He is very picky about the movies he watches and loves any actor who can put up a sterling performance. Though being very much impressed by the dramatic stage-influenced acting of Sivaji, Joseph is also a great fan of method-acting – hence he is a fan of Kamal Haasan.

Joseph spends most of his free time browsing movie sites. His interest is usually centred on actors, acting skills and industry issues.

The views expressed in this column are the authors and not necessarily those endorsed by Thamarai.com