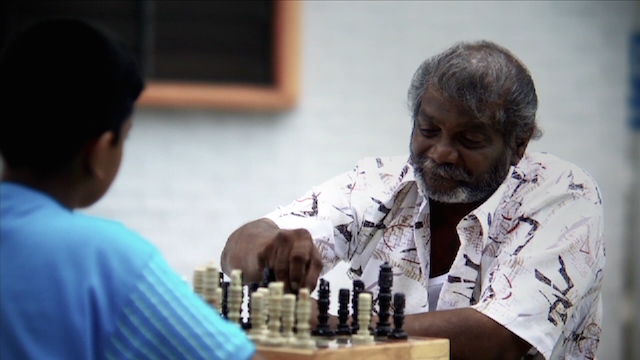 CheckMATE, a Tamil short film by N. Mohamed Yahssir bagged 4 awards at the Panasonic Digital Film Fiesta, a nationwide competition in Singapore including Best Film, Best Cinematography, Most Promising Filmmaker and the Online Audience Favourite Film award with more than forty thousand dollars worth of prizes by Panasonic and Apostrophe Films.

CheckMATE is also the first Singaporean Tamil short film in full high-definition. The story of CheckMATE was selected to participate out of over 200 entries. The heartwarming tale of an 11-year old boy’s friendship with an ex-convict gathered over a thousand supporters from its facebook page and was co-sponsored by MES, Global Phoenix Group.

A graduate from Temasek Polytechnic, Yahssir, 26, was the only Indian filmmaker of the lot. He was mentored by Victric Thng and helped by many friends and family. The win is a big boost for Yahssir who is looking forward to his next film. Yahssir production company, Millenia Motion Pictures produces programmes for MediaCorp’s Vasantham TV channel.

An 11 year old boy (Surya) meets a solitary old man (Panneeir) playing chess and joins him without an invitation. As they continue to play on, their conversation takes a more intimate turn and the old man realizes that although his past was unfortunate, there is still hope for the future.

Mohamed’s first short film “Bomai” was selected for the 5th Young Guns Film Festival at The Substation. His subsequent shorts have showcased actively at local festivals including “7 Storey” which won 1st Prize at the 8Minutes Short Film Festival in 2008. His production company Millenia Motion Pictures also produces television programmes for MediaCorp’s Vasantham channel. Mohamed is a graduate from Temasek Polytechnic.