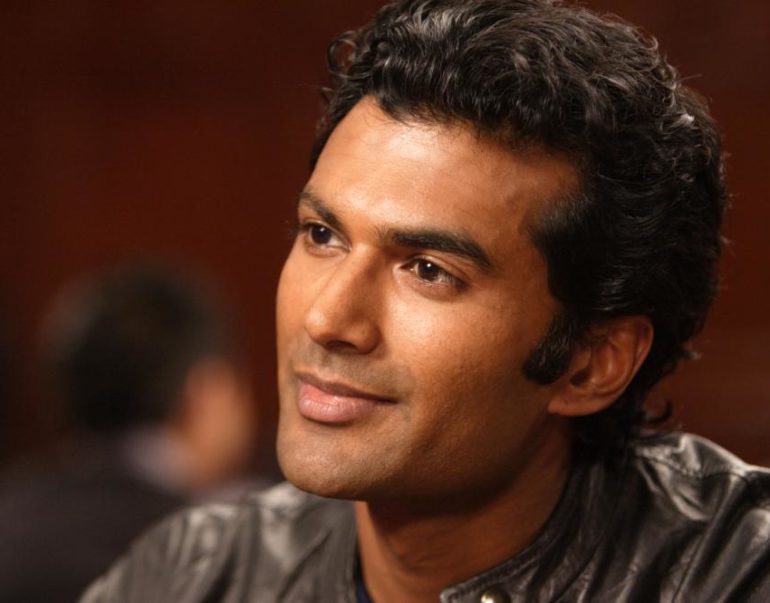 Sendhil Ramamurthy – From Heroes to It’s a Wonderful Afterlife

The tall, dark and handsome hunk from Heroes, Sendhil Ramamurthy, is making heads turn even before the first look of Gurinder Chadha’s It’s a Wonderful Afterlife has been revealed in India.

The LA-based actor, who was recently cast as a CIA agent in the noted US spy drama Covert Affairs opposite Piper Perabo, was approached by Chadha in December 2008 to meet for the role of Raj, opposite British-Indian debutant, Goldy Notay, who plays Roopie.

“Sendhil flew to London and we had lunch,”  informs Chadha. “He said he was determined to be in one of my films and happily he was perfect for the role; a good-looking out of towner who has not been in touch with Roopie and her family for a while. Sendhil was great on set, extremely disciplined and conscientious, and he made many a female heart flutter when he did a take – and some guys too!” she laughs.

Remarks Sendhil, “I had some time off between Season 3 and 4 of Heroes and that’s exactly when Gurinder was shooting for Afterlife. She’s very good with her actors and the film gave me the opportunity of doing something light and different from Suresh in Heroes.”

Sendhil is the son of Tamil Doctor parents and studied in the UK and USA. He began medical school, but decided to swap careers and became an actor. Bollywood has also snapped him up and he will be in the movie Shor, later on this year. He is also the cousin of film director Jay Chandrasekhar (The Dukes of Hazzard).

Ramamurthy will attend the London première of It’s a Wonderful Life on April 12, accompanied by his British wife and actress, Olga Sosnowska – they have a daughter called Halina. The keenly awaited comedy, also starring Shabana Azmi, Sanjeev Bhaskar and Sally Hawkins in key roles, releases in the UK on April 21 and in India and Pakistan on May 7.

It is an Indian Films and Bend It Films presentation in association with Studio 18.