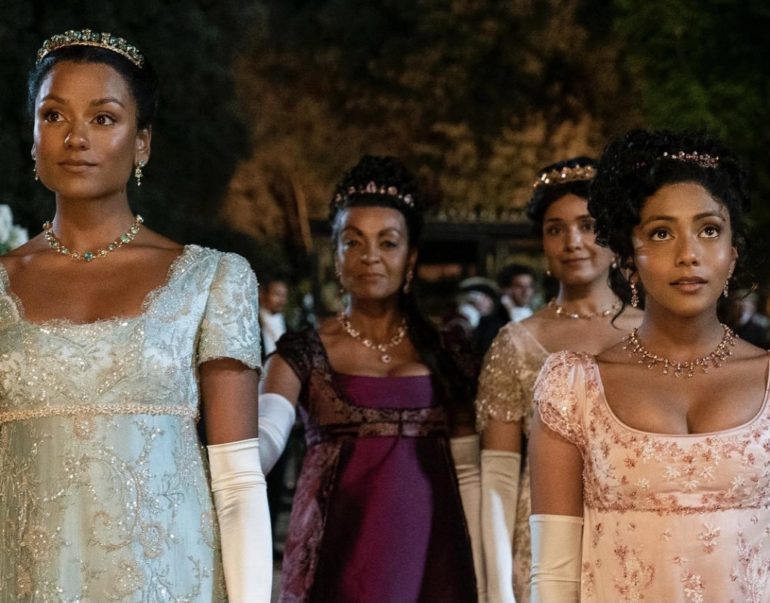 Here’s the first image to be released of the Sharma sisters from Season 2 of Bridgerton – played by British Tamil actresses Simone Ashley (Kate Sharma) and Charithra Chandran (Edwina Sharma). 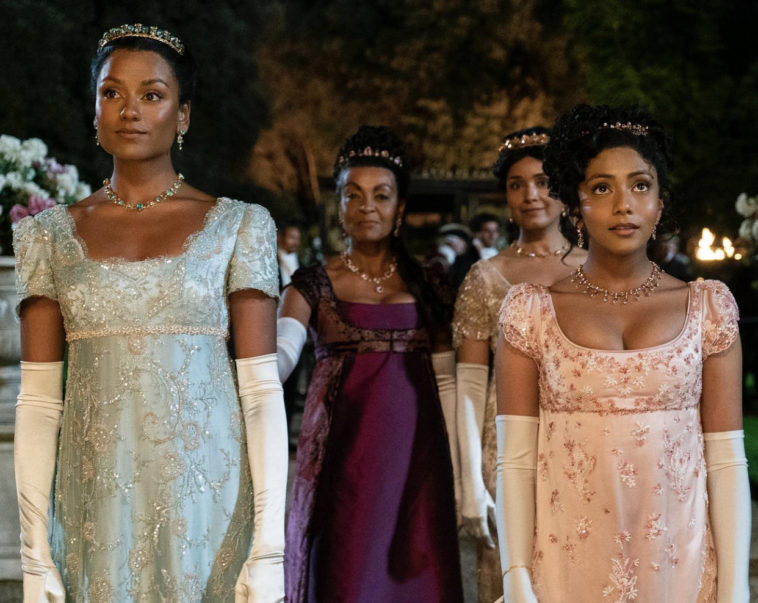 Based on Julia Quinn’s novels, Bridgerton is a romantic drama set during the Regency era in England. It follows eight close-knit siblings of the powerful Bridgerton family as they attempt to find love. The first season of the hit Netflix series was watched by 82 million households worldwide. 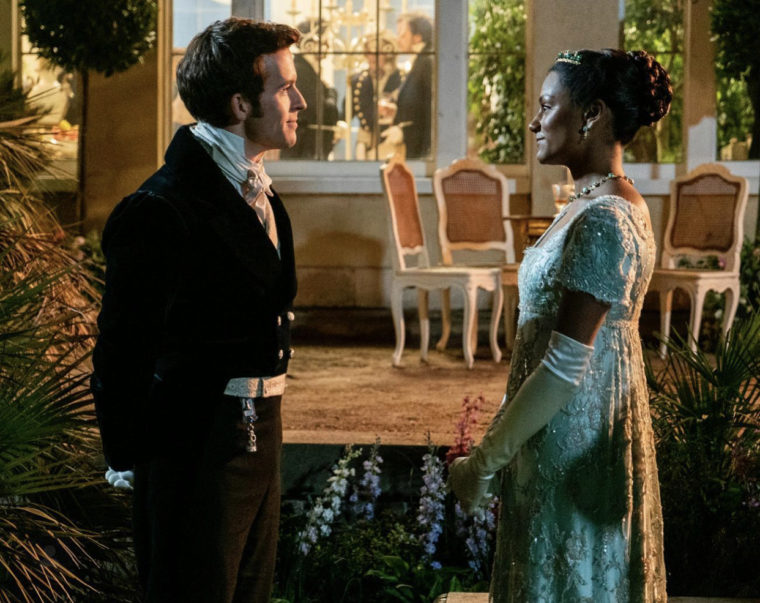 The second season will be all about the second book in the Bridgerton series, The Viscount Who Loved Me, which focuses on the eldest Bridgerton brother Anthony and his love story. 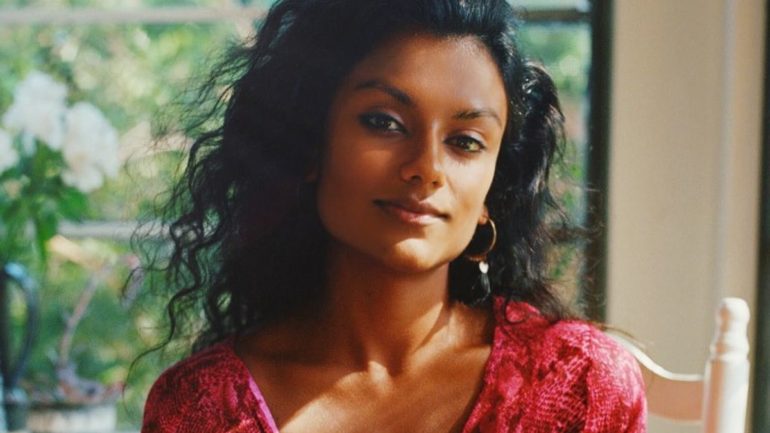 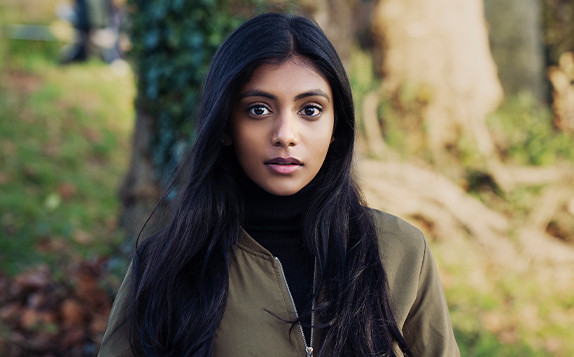 Charitha who is also of Indian Tamil heritage graduated from the University of Oxford with a degree in philosophy, politics and economics. She has trained with the National Youth Theatre and has appeared in a string of theatre, television and film productions.

“Fans of the books know, of course, that Edwina is the woman that the rakish and reluctant-to-marry Anthony Bridgerton decides to wed. The only problem is that Edwina’s meddlesome older sister, Kate Sharma (Sheffield in the novels) doesn’t approve of Anthony and does everything she can to stop the betrothal. In turn, Anthony does everything he can to convince Kate that he’s the one for Edwina. But in the process, the two start to develop deeper feelings for each other.” TV Line

Both actresses will make their Bridgerton debut in Season two which arrives in 2022.