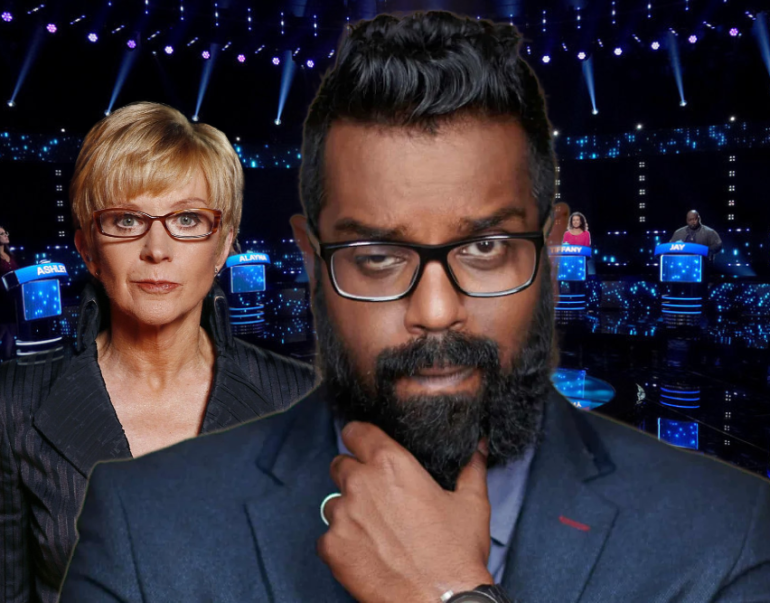 The Weakest Link is back with its celebrity host Romesh Ranganthan

The Weakest Link is back after a nine year hiatus with its new celebrity host Romesh Ranganthan.

The 43-year-old witty British Tamil star will present the iconic TV quizshow series, which is said to be returning to the BBC in a Saturday night slot.

In a statement, Ranganathan said that it was “an honour to be asked to bring what is basically a TV institution back to our screens”. He added that Robinson was “an amazing host and to step into her shoes is an anxiety-inducing privilege. I’m hoping we’ve found a way to make both the fans of the show happy as well as bringing a new audience to it. If not, accept this as my apology.”

It’s been a busy few weeks for Ranganathan, as it was also recently confirmed that he’d landed his own three-part BBC Two docu-series titled The Misinvestigations of Romesh Ranganathan. It will see him look into a number of high-profile deaths, including those of music legends Jimi Hendrix and Tupac Shakur.

He’s also been confirmed as the new host of Sky’s sports quiz A League of Their Own, having previously served as a regular panellist.

The comedian was recently awarded a BAFTA (British Academy of Film and Television Arts) for his comedy show The Ranganation, where he is joined by a focus group of 20 members of the public, as well as celebrity guests, to take a funny, topical look at modern Britain.

The Weakest Link returns to BBC One later this year.