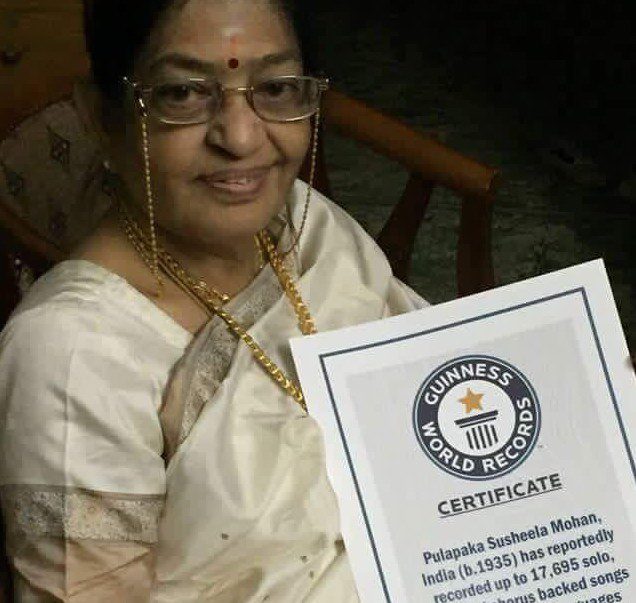 Popular South Indian singer P Susheela, with hits in Telugu & Tamils sets a Guinness World Record for the most studio recordings – singles and albums combined! She has recorded a staggering 17,695 solo, duet and chorus backed songs in over 6 Indian languages since the 1960s!

Indian news agency’s are claiming the actual number of songs could number close to 40,000. With 10,676 recorded in Tamil and 19,873 in Telugu alone! 40,000 is also the number of songs reported to be sung by fellow South Indian singer SP Balasubramanyam!

The verification process for the record is stringent. On their official website, Guinness stated, “Sadly a number of Pulapaka’s early recordings have been lost and could not be counted towards this record.”