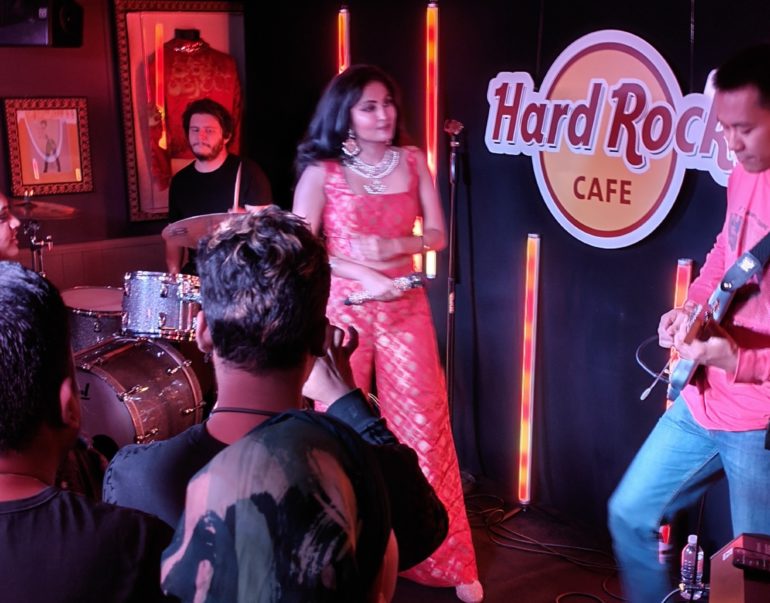 Vidya Vox, the Tamil-American music sensation, performed with her band at the Hard Rock Cafė in Mayfair, London on Friday 7th October.

Tickets for “Vidya Vox Live in London” presented by Thamarai, went online in early September, and within two weeks the show was sold out.

Fans travelled across the UK to witness Vidya perform live on stage. Vidya and her band performed for 90 minutes, infusing Western and Indian music with so much finesse! The song set included her viral hits, and exclusive material from her upcoming album. 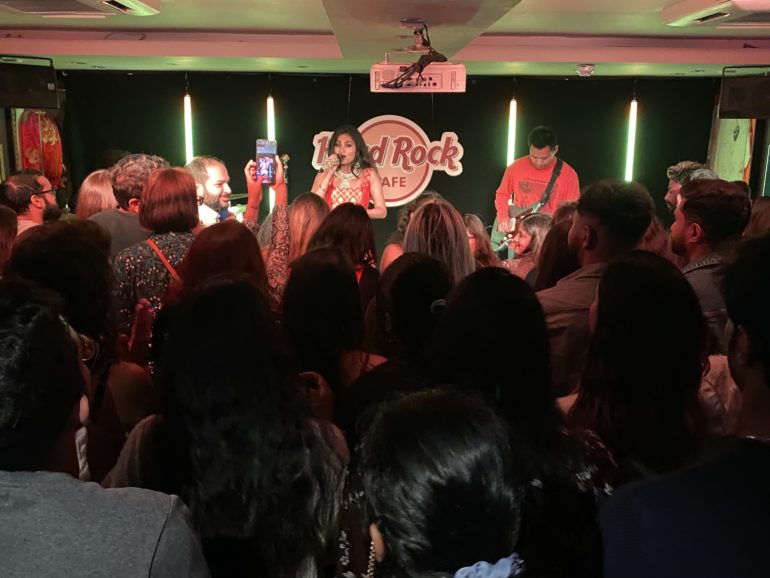 Vidya Iyer, known by her stage name Vidya Vox, has carved a niche for herself in Indian fusion music. She often collaborates with Shankar Tucker, together performing at coveted events at the White House, Webster hall, Festival de Arte, and in Meru Concert Series in the Netherlands.

Her videos have garnered over a billion views on YouTube, and her channel has more than 7 million subscribers, making her one of the most viewed South Asian artists in music.

One of her most successful songs, a remix version of the Malayalam classic Pallivalu Bathravatakam stands at more than 360 million views, making it one of the most played videos on the video sharing platform!

A special thank you to Shankar Tucker, Vidya, her band members, Nish Raj, Tara, DJ Serg Pyro and the team at Hard Rock Cafe for making the event a resounding success.

Stay tuned for many more Live music experiences hosted by Thamarai. Click here to watch video clips (on Instagram) from the event.