The latest track by Priya Ragu, the Swizz Tamil artist, will have you up on your feat dancing! Adalam Va, translated from Tamil to English mean come lets dance! The song was released ahead of her upcoming Europe tour.

Priya is performing on Thursday 13th October at Brixton Electric London along with a special guest, Emir Taha. She then heads to Switzerland for shows in Basel, Bern and St Gallen. 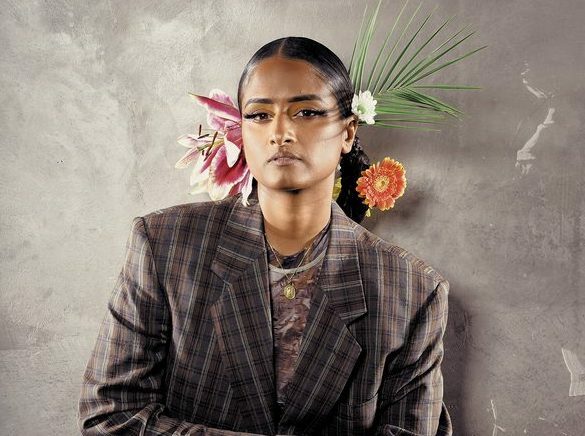 We were there for her debut UK show in November 2021, at the iconic Jazz cafe. The sold out show left us buzzing with excitement for what Priya, and her brother and music producer Japhna Gold, had in store for the UK music scene.

Priya Ragu skyrocketed into the limelight with her debut single in 2020 titled Good Love 2.0., taken from her first mixtape ‘damnshestamil’ released via her label Warner Music.

Since then she has been nominated for multiple music awards like the UK Music Video Awards, BBC Sound of 2022 Awards, the MTV UK Awards and the Swiss Music Awards.

2022 is turning out to be an amazing year for Tamil music enthusiasts in the UK. So far artists like Stephen Zechariah (from Singapore), Yogi-B (from Malaysia), Cartel Madras (from Canada) & Vidya Vox (from USA) perform their own shows in London. Don’t miss Priya Ragu this week and Anirudh in December.