Malaysian Indian ‘RESH’ releases Half The Man under Universal Music

Today we feature a popular Malaysian Indian who continues to evolve and over the years has accumulated hit records in English & Malay. If you have time check out our favorites, All this, Hey Waley & Walk this way which have a distinctive old skool rnb flava. The artist has also experimented with Tamil, releasing a song and launching a Tamil group under his label catering the large Tamil audience across Malaysia & Singapore. 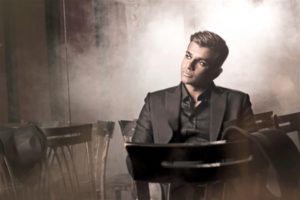 With a brand new look and sound, RESH formerly known as Reshmonu signed with Universal Music Singapore and his first single “Half The Man” came out late 2015. The song was written and produced by Jim Beanz of Sunset Entertainment Group, who has also recorded with popular British Tamil musicians MIA & Arjun. Jim is also known mostly for his productions with Timberland and the songs from the US hit TV series, “Empire”.