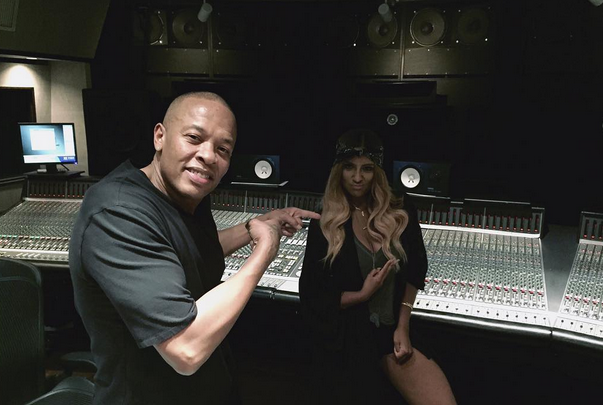 South African Tamil talent Candice Pillay breaks it all down in an interview with MTV, sharing what it’s like to work with Eminem, Dr. Dre and Kendrick Lamar!

Dr. Dre is known for introducing the world to future superstars. After all, he’s helped highlight Snoop Dogg, Eminem, 50 Cent, Game and Kendrick Lamar, among others. 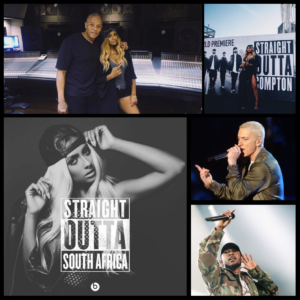 Pillay appears on “Genocide” and “Medicine Man” off the new Dre album and she spoke with MTV News on Friday (Aug. 7) about what she learned from working with the legend.

The singer — who came to this country at 19 from Pietermaritzburg, South Africa — also broke down what it’s like to collaborate with Kendrick Lamar and Eminem. Here is her story:

“He really made an impression on me from the moment I met him. Of course, he’s a legendary guy. We all look up to him. You never know what to expect when you meet someone of his caliber. But, from the first meeting, he was one of the most humble guys I’ve met. I’ve worked with a lot of people in this industry and besides the fact that he’s extremely talented, he’s down to earth.

“The person that he is — his energy — is crazy. You just want to be around him to take it in. There would be days where I’d be having bad days, I’d say, ‘Let me roll to see what Dre and them are doing.’ Because Dre’s energy is amazing. He’s always happy, always smiling, always with open arms. He makes sure to connect with everyone in the room. And he’s all about the music.”

This Is How ‘Medicine Man’ Came About

“If you listen to ‘Medicine Man’ compared to everything else on the album, it’s a very different record. I feel like it’s a younger generation’s record. Of course, Dre loved it. And the only person who could fit on that record is Em.”

Why Working With Eminem Was A ’Blessing’ For Candice

“The verses he sent? Em is just incredible. I can’t even explain. He gave us a plethora of stuff to choose from and then he went back and forth. And then we finally went with the verse that you hear. It was just insane to me. I grew up on these guys.

“Being from South Africa, we never got all the rap music that you got in the States. We got the most popular so it was Dre, Snoop, Em, Biggie and Pac. And I’ve always been a huge Em fan. So, it was a blessing for me to have the opportunity.”

Here’s How Compton’s ’Genocide’ Came About

“‘Genocide’ is the bomb, man. It was produced by Dem Jointz. The way that record started was Marsha Ambrosius — who’s an amazing writer — came up with the hook. There was that little section on there that had the rap-sing part, which is my verse.

“Jointz played me that record. I was like, ‘Damn, that sh-t is crazy.’ I was like, ‘What are y’all doing with that verse?’ They were looking for someone to sing kind of like a reggae rap. I was like, ‘Let me at it. That’s my sh-t. I could do that.’”