Toronto based Tamil talent Shan Vincent De Paul premieres ‘Die Iconic’ video, getting hip hop lovers ready for the release of his debut album Saviors. The entire video seems to have been shot in one take without the artiste blinking once!

“The song was written and filmed the day after my daughter was born. In a matter of just one night, I went from having nothing to lose to suddenly having everything to lose,” SVDP tells AllHipHop.com. “It was a moment of enlightenment, the outpouring of new-found strength and fearlessness to fulfill a higher purpose.”

“The video was one of those unplanned, unexpected ‘lightening in a bottle’ moments where I hardly remember performing it,” SVDP explains. “After watching it, I was opposed to releasing the video at all – I worried people would feel too uncomfortable watching it. But my brother and creative partner Dex reminded me of how important it was in order for people to really understand the vulnerability of the album.” 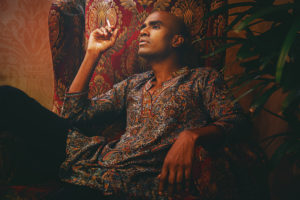