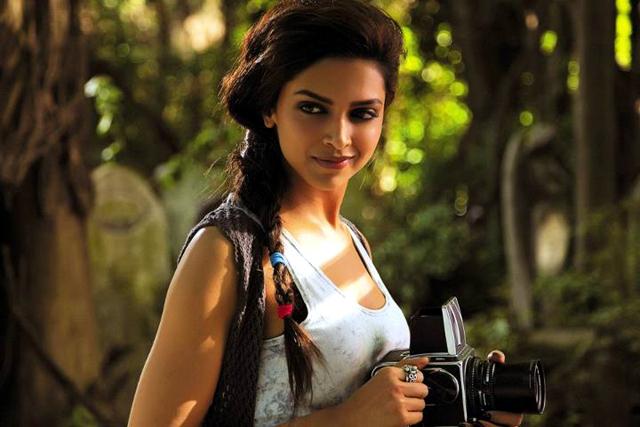 Three of the most beautiful women in the world happen to hail from Southern India – Aishwarya Rai Bachchan, Deepika Padukone (Pictured above) and Freida Pinto. Taking up high-end endorsements to feature on the world’s biggest advertisement campaigns, they endorse two major Swiss watch brands, Longines and Tissot and make-up giant, L’Oreal. 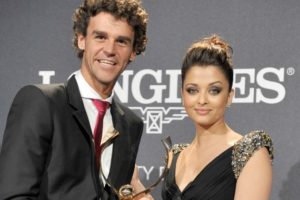 Of Mangalore origin, in Karnataka, Tulu speaking Aishwarya Rai Bachchan, the green eyed beauty, wife of Abhishek Bachchan and daughter in law of Amitabh and Jaya Bachchan, first shot to stardom with her winning Miss World in 1994 and subsequently being launched into Tamil films by stalwart director, Mani Ratnam in Iruvar. Before taking the podium as reigning queen of Bollywood and also entering Hollywood, she also worked within the Tamil industry in high-profile films like Kandukondain Kandukondain (Rajiv Menon) and Jeans (Shankar).

Ash, as she’s known to her friends and fans, not only went on to represent India on shows like Oprah (where she appeared again with her husband recently), but was also named in TIME magazine as one of the worlds most influential people back in 2004. She is imortalised in wax at Madame Tussauds and is currently working on 2 Tamil films, Mani Ratnam’s Raavana,  with Vikram and Shankar’s Endhiran, with Rajinikanth. Her association with Longines goes back a long time and she continues to dazzle with her sparkling looks.

One of Bollywood’s most talked about stars, Deepika Padukone is also a Mangalorean, who was born in Denmark and is the daughter of India’s badminton champion, Prakash Padukone. She started her career in a Sandalwood movie, entitled Aishwarya, in the Kannada language and was poached by Bollywood during her modelling days. Farah Khan introduced her in the Shahrukh Khan starrer, Om Shanti Om and her career flourished since.

Deepika’s performance brought her a string of awards, including the Filmfare Award for the best female debut, the Star Screen Award for the most promising newcomer and the IIFA Award for the best female debutante. Since then, her film career has taken off and her latest filmography features Bachna Ae Haseeno, Chandni Chowk to China, Love Aaj Kal, Kartik Calling Kartik and Housefull. Her relationship with Ranbir Kapoor (Son of yesteryear actors Rishi Kapoor and Neetu Singh) is the topic of many conversations. She often speaks of her love for Dosa and South Indian food, which she is very fond of.

Her Tissot ambassadorship has also reaped many rewards and the diversity of the collection, rooted in its reliable Swiss heritage, has proved to be just the ticket for her multi-faceted lifestyle. She loves the Tissot T-Touch models, although since diamonds are traditionally a girl’s best friend, she admits to having a real soft-spot for the Tissot Classic Prince Diamonds and the Generosi-T. Deepika reflects on the similarities between her personality and the Tissot brand, “We are both adventurous, sophisticated and classy, yet very approachable.”

Freida Pinto, the star of the Oscar winning movie Slumdog Milionaire is also from the South, in fact, she is a Mangalorean Catholic. While Freida is also a model turned actress, like Ash and Deepika, she moved straight to Hollywood following the immense success of Slumdog. Currently dating Dev Patel, her co-star from the film, she has just shot with Woody Allen for his upcoming venture, You Will Meet A Tall Dark Stranger, with Antonio Banderas. She has also completed work on Miral, a Franco-Israeli film directed by Julian Schnabe. 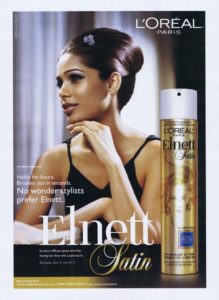 Signing with L’Oreal and following the footsteps of Aishwarya Rai who was a past ambassador is indeed a big step for Freida, who is also known for her love of South Indian food. Even though she was brought up in Mumbai, she is indeed close to her family roots. Due to her ‘skipping’ Bollywood, she is one of India’s highest paid actress, something she didn’t expect, as Slumdog was a film that was tipped to go straight to DVD, yet it won 2 Oscars for AR Rahman and 1 for Resul Pookutty, a string of BAFTAs and practically every award in every category imaginable.

Isn’t it wonderful to see stunning brown faces gleaming at us on billboards and magazines in the West? May this trend continue and Thamarai wishes these Southern beauties a long reign on top and for many more such faces to gain worldwide recognition.