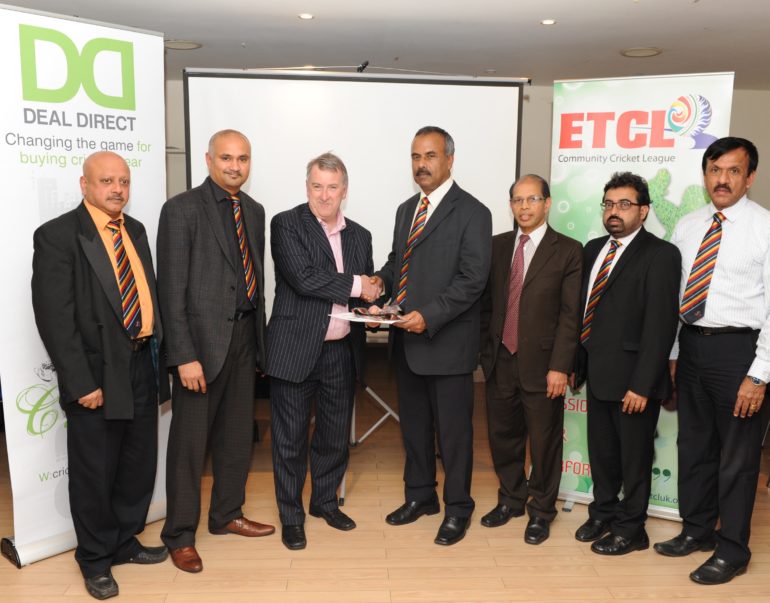 Cricket is the one thing which unifies the South Asian region and it’s no surprise that the “England & Wales Cricket Board” (ECB) want to celebrate the contribution to the game by UK’s Asian community. There are a few programmes underway including the sponsorship of the “Coach of the year” prize at Britain’s first ever Asian Cricket Awards to be hosted at Lords In October 2014.

The following feature was originally published in the Official programme for the Royal London One-Day Series and then on the official ECB website. It recognises the work of the ETCL – English Tamil Cricket League. 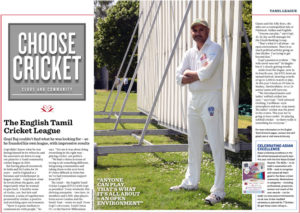 Gopi Raj could not find what he was looking for – so he founded his own league, with impressive results.

Gopi did not know what he was letting himself in for when he and his associates sat down to map out plans for a Tamil community cricket league in 2010.

But having played extensively in India and Sri Lanka for 30 years – and in England as a batsman and wicketkeeper in league cricket – Gopi knew what he loved about the game, and importantly what he wanted to give back. A healthy sense of rivalry, yes, but first and foremost, a sense of togetherness promoted by cricket; a positive and enriching open environment.

“Sport is a great medium to communicate with people,” he says. “For me it was about doing everything in the right way – playing cricket, not politics.

“We had a vision in terms of trying to do something different, integrating communities and taking them to the next level. It’s been difficult at times but we’ve had tremendous support from ECB.”

The result – the English Tamil Cricket League (ETCL) with Gopi as president. Every weekend, this thriving enterprise – two tiers, 16 members and 1,000-plus players from across London and the South-East – struts its stuff. From Gopi’s own team, Tamil Union CC, to the Harrow Millennium Giants and the Jolly Boys, the sides are a cosmopolitan mix of Pakistani, Indian and English.

“Anyone can play,” says Gopi, 42, by day an HR manager for the Lloyds Banking Group.

“That’s what it’s all about – an open environment. There is so much political activity going on that divides. I’m trying to get beyond that.”

Gopi’s passion is evident – “My wife never sees me!” he laughs – but it’s clearly getting results. Aside from the league, now in its fourth year, the ETCL hosts an annual festival, drawing crowds of up to 5,000 to watch or play.

At this year’s bash on 29 June in Bushey, Hertfordshire, 16 to 24 senior teams will turn out. “We introduced junior and ladies’ softball cricket last year,” says Gopi.

“And coloured clothing, Caribbean-style atmosphere and non-stop music. The ladies’ cricket was the jewel in the crown. This year we’re going to have under-11s playing softball cricket – so there really is something for everyone.”