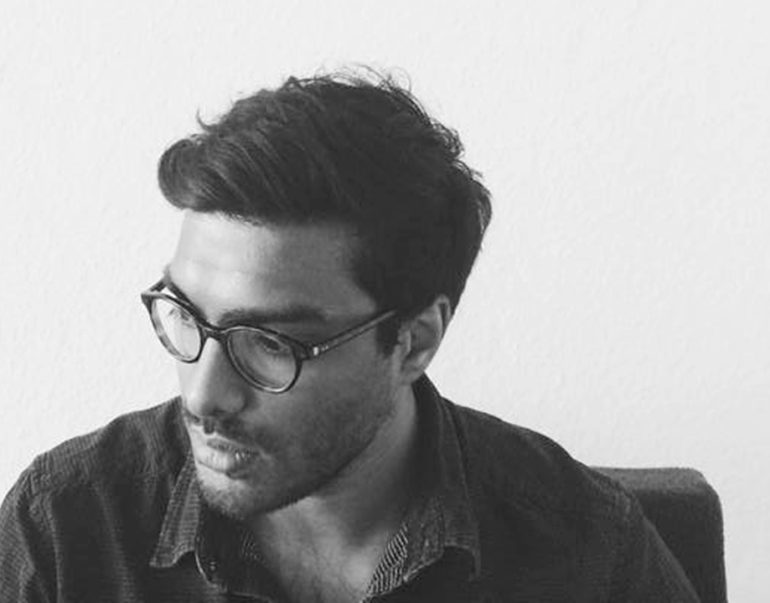 An unpublished author from Germany is in the running to win one of Europe’s most prestigious award for German Language & literature. The young German Tamil from Berlin, Senthuran Varatharajah has been nominated for the Ingeborg Bachmann Prize, the highest award presented at the Festival of German-Language Literature.

“Proud of my brother, Senthuran Varatharajah (PhD candidate in Philosophy, HU Berlin), who is now officially nominated for the Bachmann Preis for German Literature for his unpublished and unfinished manuscript. It’s the first time in the 38 year-old history of the Bachmann prize that an unpublished author stands nominated for one of the most renowned German language literature prizes. He’s also only the third person of colour to ever be nominated in the history of the prize (the other being of Iranian and Turkish descent). He’ll be live reading a chapter from his book between July 2nd and 4th on German, Austrian and Swiss national television.” Sinthujan Varatharajah

Since 1977, the festival has been hosted in Klagenfurt, Austria, the birthplace of writer Ingeborg Bachmann (1926-1973). 14 authors read their unpublished work direct to the jury made up of seven members from Austria, Germany & Switzerland, who immediately following the reading publically discuss the text. Each jury member then nominates two authors for participation in the competition.

The award winner is chosen by the jury who determines the winner publicly by open ballot. The Ingeborg Bachmann Prize worth is 25,000 euros. Four additional prizes are also awarded, including an audience prize that is exclusively awarded via the Internet.

Born in 1984 in Jaffna, Sri Lanka, Senthuran studied philosophy, Protestant theology and cultural studies at the University of Marburg and the Humboldt University in Berlin.

Awards / Scholarships
• Scholarship of the academic work of the Heinrich Böll Foundation
• Institute Prize for the best final degree in the academic year 2010/2011 at the Institute of Philosophy at the Humboldt University in Berlin , awarded by the Carl and Max Schneider Foundation for the Advancement of Philosophy
• Promotions and abroad scholarship from the Study Foundation of the German People
• Erasmus grant of the European Union
• residency the artist Schöppingen Foundation
• Alfred Döblin scholarship from the Berlin Academy of the Arts

The 38th ‘Tage der deutschsprachigen Literatur’ (Days of German Language Literature) is televised on national television and will also be available online via live stream. Don’t forget to vote for the audience award!