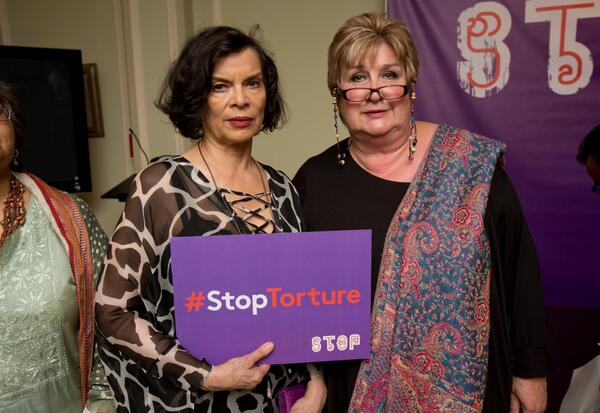 Giving their voices to Sri Lanka’s Tamil rape victims, high profile women & one man took part in an event at the Canadian High Commissioner’s residence in London on the 11th June 2014.

They read aloud the testimonies of victims of sexual violence – testimonies that the victims wanted the world to hear but which they couldn’t give themselves because of the risk of retaliation against their families.

“I welcome Foreign Secretary Hague’s response to my article and letters, and his decision to investigate the deportation of Sri Lankan victims of torture and sexual violence by the Home Office.

“But the battle is far from over and we must continue to pursue justice for the survivors.

“I urge Foreign Secretary Hague to suspend all deportations of rape and torture victims pending further investigation and to assign the Stabilisation Unit Team of Experts to investigate Sri Lanka, where the government’s systematic, widespread campaign of sexual violence and torture continues unabated. I urge William Hague to meet with some of the many survivors here in the UK and hear their testimony.

“All survivors of sexual violence in conflict deserve access to justice and our support. We cannot pick and choose who we extend that justice to.”

We feature below the video of British model Cara Delevingne reading an extract;