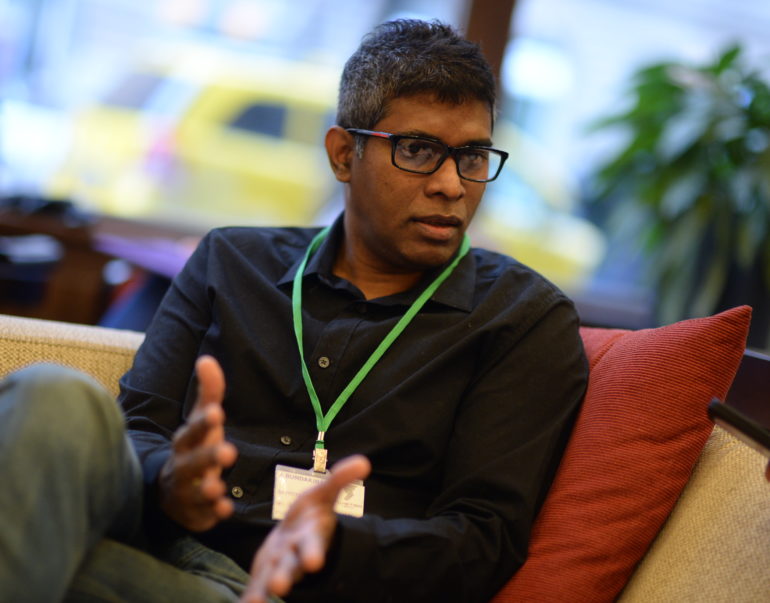 Born in A rural Singapore village in the mid-60’s, Tamilian Wilson Raj Perumal wanted to join the army & serve his country. Instead he gradually climbed the heights of international match-fixing, all the way to the World Cup, becoming FIFA’s most wanted man. Wilson was arrested in Finland in February 2011 and decided to collaborate with police authorities, thus unveiling the true extent of his criminal organization’s global outreach. Now he has decided to share his story.

Kelong Kings is the ultimate tale about gambling, soccer and match-fixing, told directly by the man who made it all happen. In this self-published book the convicted match-fixer claims that he helped two African teams qualify for the 2010 World Cup in South Africa. Before being detained by police in Finland earlier this year, Perumal reportedly told the German magazine Der Spiegel that Cameroon would have one of their players sent off during their group-stage match against Croatia before losing the contest during the 2014 World Cup. Here is the prologue from the book.

When they fixed me up in Finland, they thought it was just going to be a Wilson-Raj-send-himback-to-Singapore story; locked up and out of the picture for five long years. They never realized that match-fixing was going to be uncovered; it never occurred to them that the police would check my mobile phone, my laptop and go through all of my belongings.

I had just landed in Vantaa airport, Helsinki, Finland, from the small arctic town of Rovaniemi, when they stopped me. Only me. So I immediately sensed that something was amiss. It wasn’t really a random check; they were already after me, following my every move. Somehow they had missed me in Rovaniemi; perhaps they didn’t expect me to take the first flight out at six o’clock in the morning. So when I showed up in Vantaa airport the police stopped me, checked my passport and escorted me down to the airport’s Police holding bay. Then an officer came in.

“You’re traveling under a false passport”, he said.

The officer was holding a picture of me in his hand; a big picture. I couldn’t recognize the Tshirt that I wore in the photo.

“Where the fuck did I get that T-shirt from”, it looked like an old picture.

The officer examined the photo carefully, then began scrutinizing me.

He checked for a cut on my forehead; I have a little scar just below my hairline, but the officer couldn’t spot it.

But the police in Rovaniemi insisted that they hold on to me, so there I was, sitting in the Vantaa Helsinki airport’s holding bay.

On the previous day, the police had ambushed the wrong Indian guy in a Rovaniemi hotel.

“Hey, are you Wilson Raj Perumal?”

“I’m Perumal”, the man said as he raised his hands over his head, “but I’m not Wilson Raj”.

Someone had given the Finnish authorities all of my true details: Singaporean, Indian origin, my real name, my picture. The police had called all the hotels in town.

“When he checks in”, they demanded, “please contact us immediately”.

Somebody had been saving this old photo of me for this… But who?

The night before my arrest I had an argument by e-mail with a Singaporean guy from Macao called Benny.

“Maybe it was Benny”, I thought, “he’s quite influential”.

Our discussion was over money that I owed him, 1.1 million Singapore dollars, roughly 900 thousand US dollars.

I’d lost the amount while gambling on Premier League matches and had repaid Benny close to 800 thousand dollars.

“No”, he replied, “people are chasing me for this money”.

Just give me a couple of months and I’ll clear you”.

“I know what name you’re using”, he threatened, “and what passport you’re using: Raja Morgan Chelliah”.

“Fuck you!” I answered. “You can do whatever you want”.

Now I was thinking: “It must be this mother-fucker”.

But why would he want to do this? If I get arrested, he’s not going to get his money back.