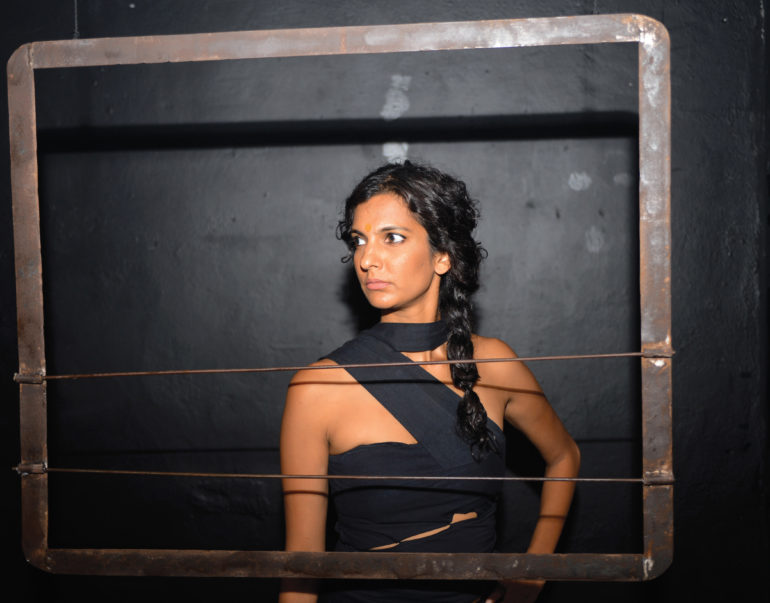 Nirbhaya, the Hindi word for fearless is also the title of an award-winning theatrical production which tells the story of the gang-rape and murder of a Delhi physiotherapy student in 2012. Prevented by Indian law to name the student who was attacked, the Indian media named her Nirbhaya.

Premiered in summer 2013 at the Edingburgh Festival, the dramatic performance based upon a true incident was scripted by Yael Farber a South African playwright & starrs Tamilian Poorna Jagannathan, a producer & actress who is popularly known for her role starring alongside Amir Khan in the hit 2011 Bollywood film Delhi Belly.

The South Indian actress told the “Independent” newspaper that during the four years she lived in Delhi and travelled regularly on buses, she experienced first-hand the groping and affronts. In the aftermath of the December 2012 attack on the Delhi student she approached Yael Farber and invited her to come to India so they could put their heads together.

Described as disturbing, the play about how sexual violence perpetrated by strangers and relatives wrecks the lives of the individual, has earned the Amnesty International Freedom of Expression Award, The Scotsman’s Fringe First Award and the Herald Angel Award, opens in London’s Southbank this week.

The production then heads to the Indian cities of Mumbai, Delhi and Bangalore at the end of the month. The tour of India is possible thanks to funds raised by Kickstarter and grants from the British Council and Oxfam.

‘Powerful and incredibly moving’ (The Independent)

‘Yael Farber’s intelligent, defiant and uncompromising production says simply, “this is happening and it can’t be ignored”.’ (Edinburgh Festivals Magazine)