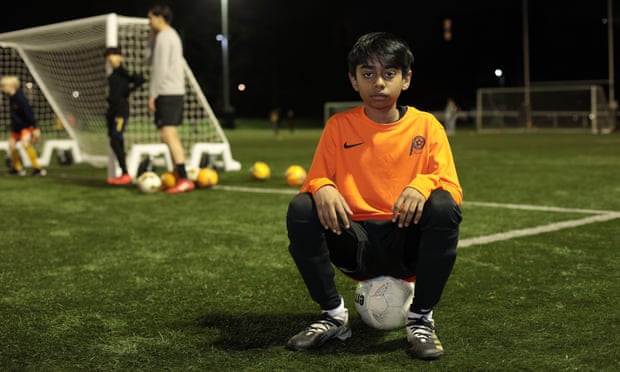 It’s not difficult to see that football, the nation’s beloved game, lacks Asian representation on all levels. A fact acknowledged by the FA.

In the 2019/20 season, only eight out of about 4,000 English professional footballers who played in the top four divisions were British Asian.

12-year-old Sathi Balaguru, British and of Sri Lankan Tamil heritage, feels isolated and alone, after being racially abused during a football match in west London.

Speaking to the Guardian, 16 months since the incident, he is worried his ethnicity may limit his progress in the game and wants “everyone to have an equal chance”.

The Guardian reported that Sathi was playing in a nine-a-side match for Pitshanger FC in west London, against Wealdstone Youth FC, where he was tripped and called an “Indian boy”. A player from the opposition team also directed a racist Indian accent towards him.

Sathi said he tried to ‘rise above it’, but after the game, he felt “isolated and alone”. “I had never experienced it before,” he said. “I had no way to describe my feelings and I felt paralysed and upset.”

The family of the young footballer said he has received no apology from the opposition team involved.

Middlesex FA said there could not be any misconduct charges against people under 11, as per the FA rules. A month after the incident Middlesex FA said it was liaising with Wealdstone “who have already begun the education to the players”.

The FA describes Asian communities as “the most under-represented in almost every area of the grassroots and professional games”.