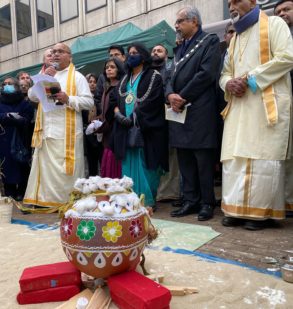 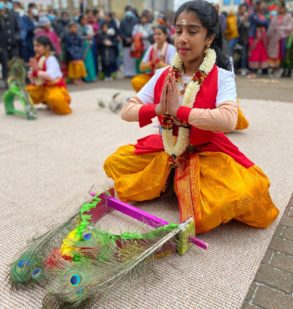 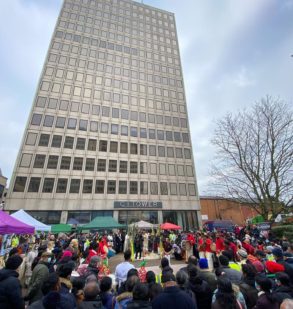 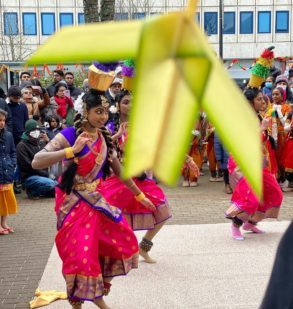 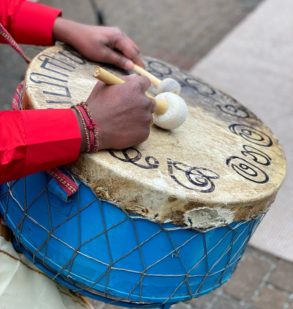 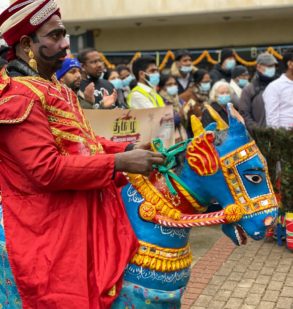 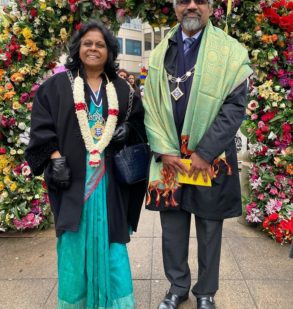 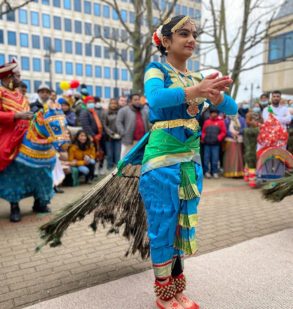 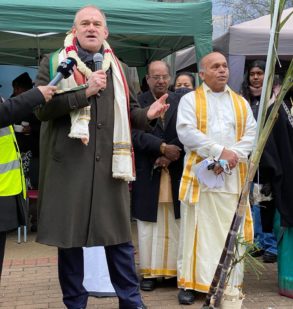 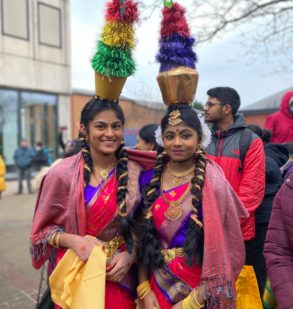 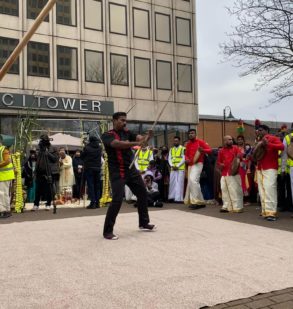 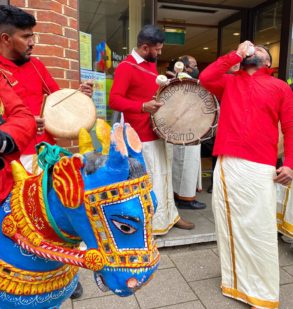 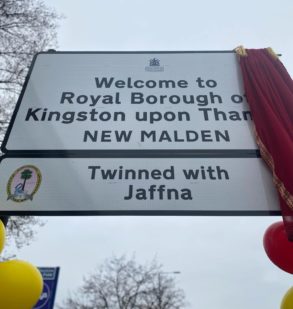 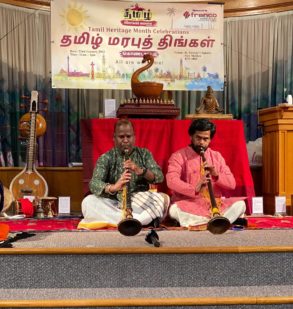 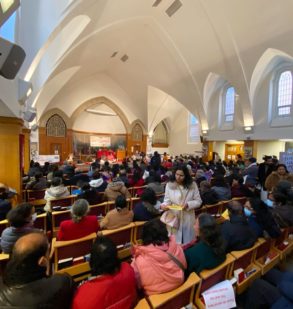 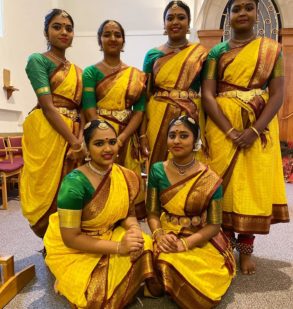 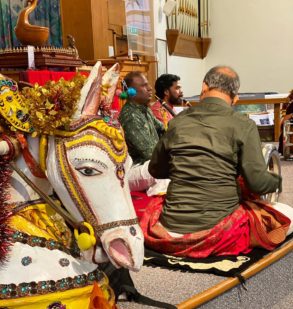 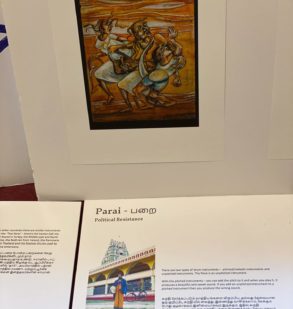 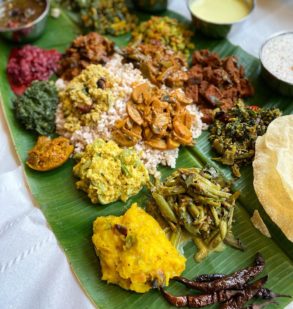 On Saturday, 22nd January, the London borough of Kingston Upon Thames and various Tamil community organisations unveiled a signboard to its twin city, Jaffna in northern Sri Lanka.

The twinning with Jaffna celebrates the large local Tamil community and recognises the important roles they play in the borough.

Erected near the Kingston boundary along Burlington Road, New Malden the sign states “Welcome to the Royal Borough of Kingston Upon Thames, New Malden – twinned with Jaffna”.

Kingston was officially twinned with Jaffna (Yalpaanam) on 18 October 2016. The Memorandum of Understanding was signed by Hon. Justice C.V. Vigneswaran, the former Chief Minister of the Northern Province in a historic event at the Council Chamber of Kingston Guildhall.

After the performances and speeches in the square, the event was moved into the local community hall for the second part of the event which featured a Tamil heritage exhibition, parai, poikkaal kuthirai attam, carnatic and bharanatyam performances.