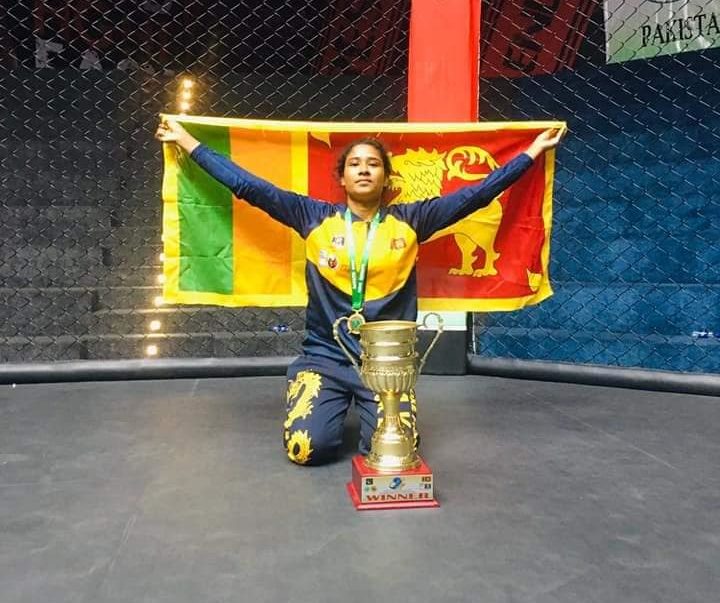 20-year-old Tamil kick-boxer Indukadevi Ganesh from rural Puthiyangar, Mullaitivu district, in northern Sri Lanka has won a gold medal in an international competition. She competed yesterday in Lahore, Pakistan, against other female fighters in the under 25s, 50-55kg category.

Attracted to sports, specifically kickboxing, she found a suitable and skillful trainer at school in 2017. Through regular and rigorous practice Indukadevi won medals nationwide, accumulated as many as 19 medals and 5 cups.

Indukadevi lost her father at an early age and has since been brought up by her mother, who supports the family through odd jobs.

From 2013 till the completion of her GCE(AL) exams in 2019, Indukadevi’s education was sponsored by the London-based charity Child First UK. Through their centre for child development in Jaffna, they provide an educational sponsorship (a monthly financial contribution) to vulnerable children identified with the support of Divisional Secretariat staff members.