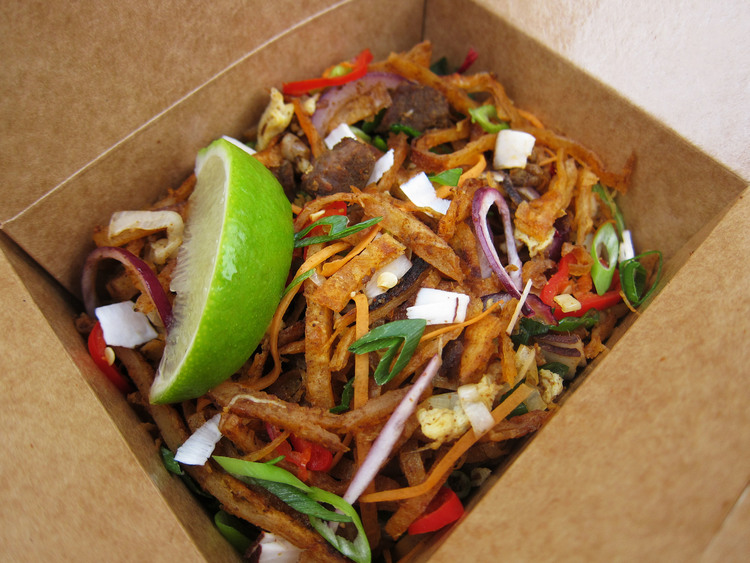 Three hundred thousand Tamils and probably a million foodies in London and still there isn’t a Sri Lankan restaurant in the capital to rave about! Yes there is Sekara but the southern Sri Lankan dishes unfortunately don’t hit the spot for the northerners who have been raised on a healthy tablespoon or two of Jaffna’s finest grounded chilli powder.

What has put off our successful Tamil restaurateurs from venturing out of their comfort zones of Wembley, Tooting & East Ham to set one up in the nation’s capital? Could it be the high rent & rates or just their lack of confidence in Sri Lankan cuisine? Do enough Londoners know the dishes?

Whilst there are plenty of great South Indian restaurants in the capital with masala dosa and idli on the menu, where do we go for a kothu roti, Jaffna kool, nethili meen poriyal, crab curry or just a simple mutton roll?

Dhariny Sivajee has the answer. The Tamil Londoner has given up a successful career as a Visual merchandiser for a clothing brand to setup up a business in one of London’s fastest growing industries. Street food has seen an explosion in London over the past few years, fuelled by the success in America, with several markets popping up across the UK. The multi-cultural nature of Britain has helped develop street food in the country with Brits attracted to the taste, aroma and sheer theatre of dishes from across the world prepared on the roadside. 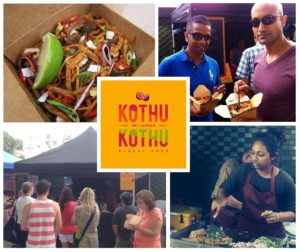 Dhariny’s Sri Lankan street food stall is called ‘Kothu Kothu’, when translated from Tamil means chop chop. As the names suggest, the dish on the menu is kothu roti – curried mutton, egg, fried onions, chillis & peppers are chopped together on a hot plate with thin slices of roti.

Within a few weeks of starting the popular food stall, Kothu Kothu has found itself onto the books of Kerb, a reputable network of street food traders which host markets around the capital.  We caught up with Dhariny for a quick chat.

I love wondering around markets, especially Street food markets and, I found that Sri Lankan food was never represented. As a close cousin to mainstream Indian cuisine I felt people would be keen to venture sideways and, decided to do it myself and introduce Central London to Sri Lanka Street food.

How has the response been so far?

The response has been great! People are really enjoying the food and they love the theatre involved in preparing it.

This August you can visit the ‘Kothu Kothu’ stall at the following locations;

If these dates don’t work for you, follow Dhariny via her twitter page @kothu_kothu where you can find out where she will be trading next.