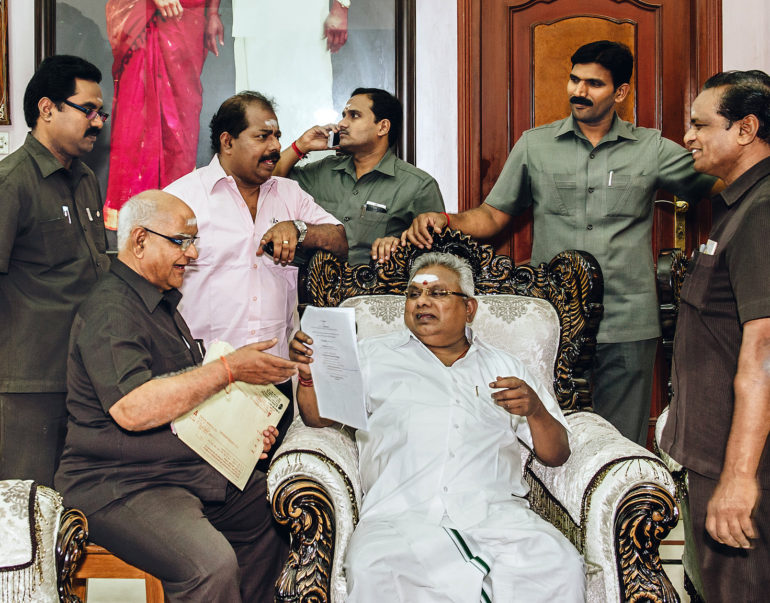 Masala Dosa to Die For – The Saravana Bhavan Empire

Saravana Bhavan doesn’t look like a house of secrets. Its dining room at the corner of Lexington Avenue and 26th Street is clean and bright and often attracts a line out front. It doesn’t advertise because it doesn’t need to; the fact that it’s one of the world’s largest chains of vegetarian restaurants — 33 in India, another 47 in a dozen other countries — is considered too obvious to its core clientele of Indian expatriates and tourists to be worth trumpeting. In a city overwhelmed with underwhelming north Indian food, Saravana Bhavan is the standard-bearer of the delicacies of the south, but it makes no effort to educate the uninitiated. If you don’t know what a dosa is or how to eat it, you’re on your own.

The man behind the chain is an elusive 66-year-old named P. Rajagopal. Among his peers in the restaurant business in Chennai, the south Indian city where Saravana Bhavan is headquartered, Rajagopal is a legend. “He brought prestige to the vegetarian business,” said a restaurateur named Manoharan, who runs a competing chain called Murugan Idli. “He made a revolution.”

Born into a low caste in a remote province, he came to rule a field that was once the sole domain of Brahmins, cleverly updating their traditional fare in a setting that was both respectable and unpretentious, thereby catering to India’s middle class at just the moment it emerged. Today he employs more than 8,000 people in Chennai alone. His workers enjoy benefits fantastic enough for Silicon Valley (pensions, TVs, education), inspiring among them fierce loyalty to Rajagopal. Every day thousands of pilgrims come to pray at the temples he built in the village of his birth, and a hundred thousand come to eat in his restaurants.

His business model is so seemingly foolproof that the company has acquired an air of invincibility, even as its founder became sullied with scandal. As Saravana Bhavan went global, Rajagopal was charged with murder, found guilty and sentenced to life in prison. Yet he served a total of only 11 months, and today he’s free to continue his expansion — next stop Hong Kong, followed by Sydney, Australia. And then, if his health holds out, building his first luxury hotel.