Vettrippadi is a new Tamil television show conceptualised by London based journalist and producer Sunita Thevathasan of Red Creative Productions. Sunita is currently in the process of presenting her pilot to Tamil television channels in India, Sri Lanka & the diaspora.

வெற்றிப்படி Vettrippadi, translates to ‘The ladder of success’. The show is presented in by Sunita in Tamil and will cover inspiring stories from within the Tamil Diaspora, including the people, their enterprises and and products.

Sunita gains unprecedented access to the Jaguar Land Rover factory in the UK to interview the highly respected yet elusive, Sri lankan Tamil Siva Yogaiswaran who has worked at the iconic company for over 40 years. Shying away from the media limelight and close to retirement, Siva agrees to his first interview.

Outside of work, Siva’s time is spent with his family and running the local Tamil school. Even whilst working on a project for the Ford Motor Company in the US, Siva would fly back every Friday to run the Tamil school on the weekend.

At Jaguar LandRover, Siva was the Director of Operations for Prototype operations, responsible for overseeing and delivering all prototype builds and planning activity across JLR. This includes steel and aluminium body construction and, new vehicle assembly including all variants of the XE, XF, XJ, F Type, Range Rover, Evoque, Discovery and Discovery Sport. The role also includes training operatives from the UK based plants and from JLR’s operations overseas (China, Brazil). 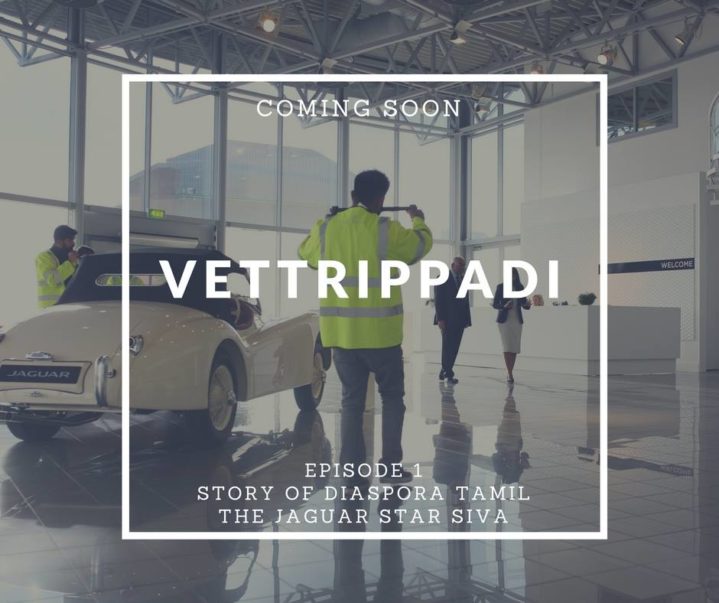