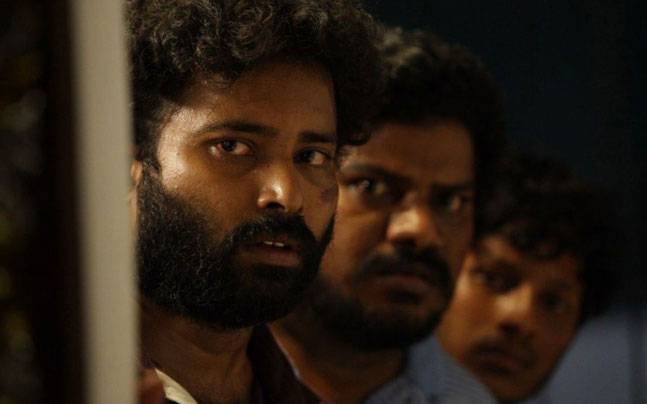 Inspired by a shocking real-life ordeal and reflective of monstrous political scandals and corrupt policing systems in modern-day India, we are subjected to the brutal torture of four friends who are randomly arrested and locked up by police.

In a devious effort to close a politically-connected burglary case, the migrant workers are beaten by officers till they accept confessing to a crime they did not commit. Freedom is imminent when a good-natured officer appears, but they are further entangled into a spiralling murder plot. Soon the men realise the police are mere puppets being controlled by a more dangerous system, and this is what stands between them and their freedom.

Interrogation (Visaaranai) is adapted from M.Chandrakumar’s memoir ‘Lock Up’, which recounts the author’s 15-day ordeal in police custody for a crime he and his three friends never committed.