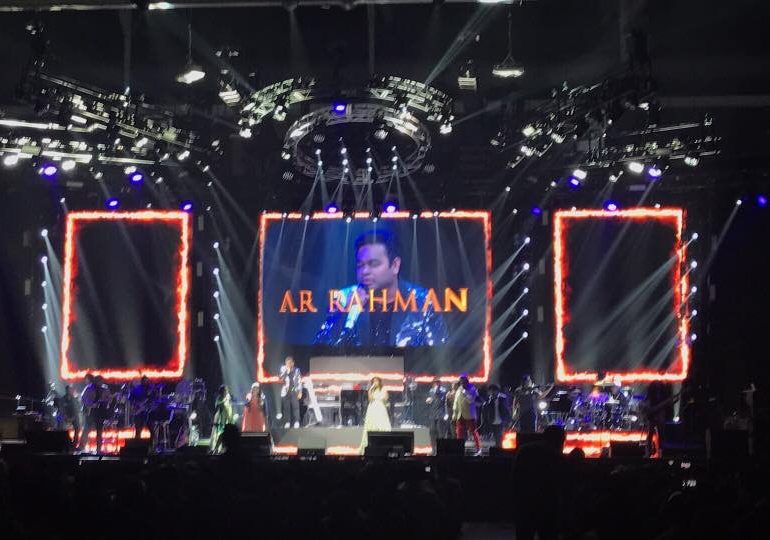 ARYA Canada Inc hosted two, packed, back to back Ar Rahman concerts at the Powerade Centre on Friday & Saturday evening.

Timed to coincide with the Diwali / Deepavali celebrations, the high energy concerts featured state of the art audio visual production that set the stage for the talented lineup of AR Rahman’s top singers including Benny Dayal, Jonita Ghandi & Haricharan, to name but a few.

Performing to Hindi music fans on Friday and Tamil music fans on Saturday, it looks like the separation of the languages has not only benefited ticket sales but also increased the energy of the audiences as they sang along uninterrupted to Ar Rahman’s hits from his 25 years in the music industry.

In July, the UK witnessed an Ar Rahman (multi -language) Indian music concert that hit the global headlines for all the wrong reasons. It was claimed that pockets of Hindi music fans walked out of Wembley arena due to the lack of Hindi songs on the schedule. Complaining about the number of Tamil songs performed, some ticket holders claimed the event was marketed as a Hindi language concert.

ARYA Canada inc are a dominant force in Tamil music events in North America, having hosted concerts with many of the greatest Tamil singers and musicians including Ilayarajah and S.P.Balasubramaniam, aswell as youth icons Sid Sairam and Anirudh. 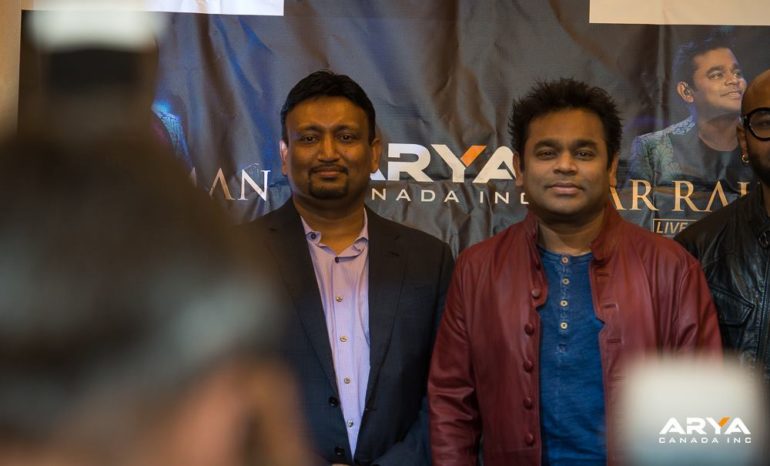 Friday night was a wonderful milestone for ARYA Canada as they hosted a sell out AR Rahman Tamil concert and their entry into the lucrative Hindi concert market in North America, all in one weekend! We wish them continued success with their future projects.