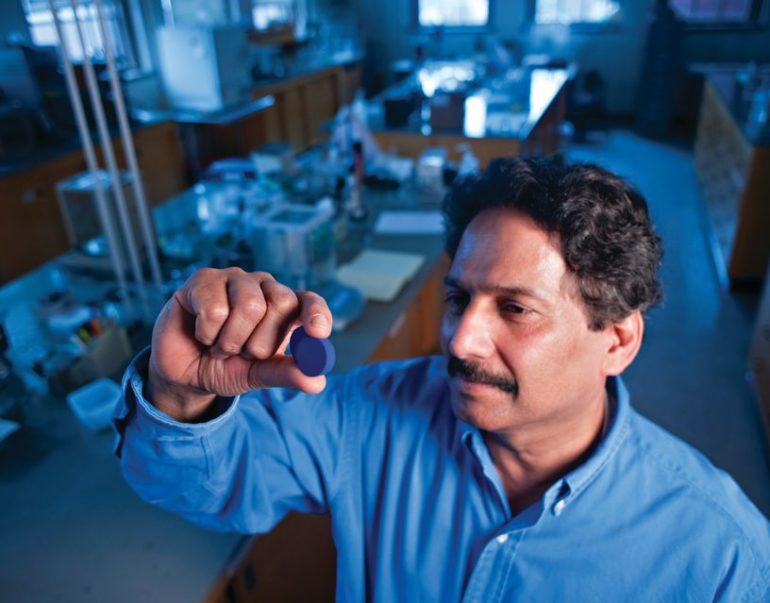 The color you see below is no ordinary hue.

It’s one of the world’s newest — and perhaps most vivid — shades of blue. It also happens to be the result of a brilliant mistake.

A team of chemists discovered YInMn blue during a chemistry experiment at Oregon State University in 2009. “It was serendipity, actually,“ said Mas Subramanian, the OSU chemist who led the experiment, in a press release. “A happy, accidental discovery.”

Now scientists have perfected the pigment and it’s going on sale as an option in commercial coatings, plastics and household paint this year. 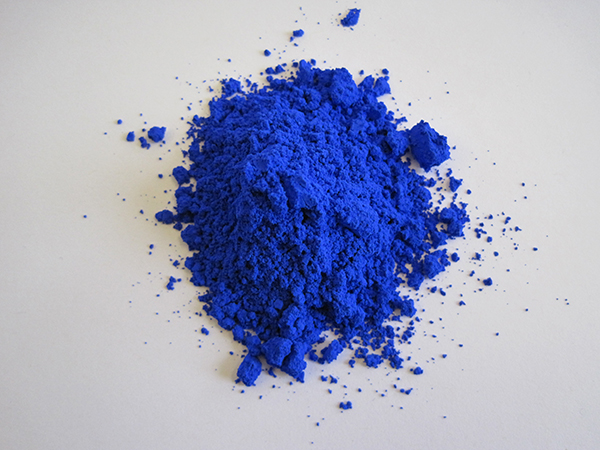 The color you see below is no ordinary hue. It’s one of the world’s newest — and perhaps most vivid — shades of blue. It also happens to be the result of a brilliant mistake.

It all started when Subramanian and his team were trying to find materials with magnetic properties that could be used in computer hard drives. The OSU chemists mixed manganese oxide, which is black in color, with a variety of chemicals. They then heated the mixture to nearly 2,000 degrees Fahrenheit.

After a failed test run, one of Subramanian’s graduate students removed the mixture from the furnace, only to find an impossibly blue powder.

“I expected [the resulting substance] to be brown or black,” Subramanian said in 2014. “But when I saw what he had, I knew this was something unusual.”

The chemists named the vibrantly pigmented powder YInMn blue after the chemical elements of which it is made: yttrium, indium and manganese, according to artnet News. They published their findings on the colorful discovery last year in the Journal of the American Chemical Society.

The pigment’s intense blue hue is a result of its unusual crystal structure, known to chemists as trigonal bipyramidal coordination. This structure allows the pigment’s manganese ions to absorb all red and green wavelengths of light, while reflecting back only blue wavelengths, according to an OSU press release.

And the spectacular color isn’t just a sight to behold.

The YInMn blue pigment also possesses unique characteristics which make it a coveted material for commercial companies and artists alike.