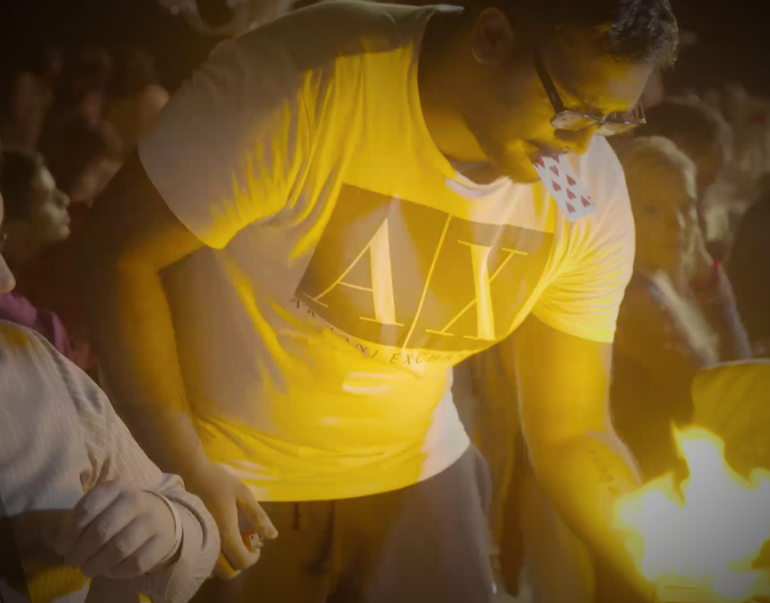 A conversation with NIO the Tamil Magician

A while back I was shown an exclusive trailer about an up-and-coming young magician called Niresh Satkunarajah, best known perhaps under his nom de guerre “NIO BELIEVE”.

First reaction: a Tamil magician? His parents must be really cool and chilled out people, because I know for a fact that if I or any of my cousins had told our parents that we wanted to become a magician, we would not have been met with a lot enthusiasm, to say the least.

This kid, however, must be so lucky. To have parents so understanding and supportive.

Five minutes into the video, however, I realised that both I and my premature reasoning were indeed wrong. His mom was anything but understanding and reacted exactly as any Tamil mother would when being told by her son that he wants to become a professional magician – with disappointment and sadness caused by the non-fulfilment of her hopes and expectations for her son’s future.

And right there, this guy becomes intriguing.

Not NIO the magician (though NIO the magician is pretty damn good and managed to wow even the sceptic in me a few times); who I’m interested in is Niresh, the kid from Harrow, who decided, against all odds, to make a living with a deck of cards as a street magician. 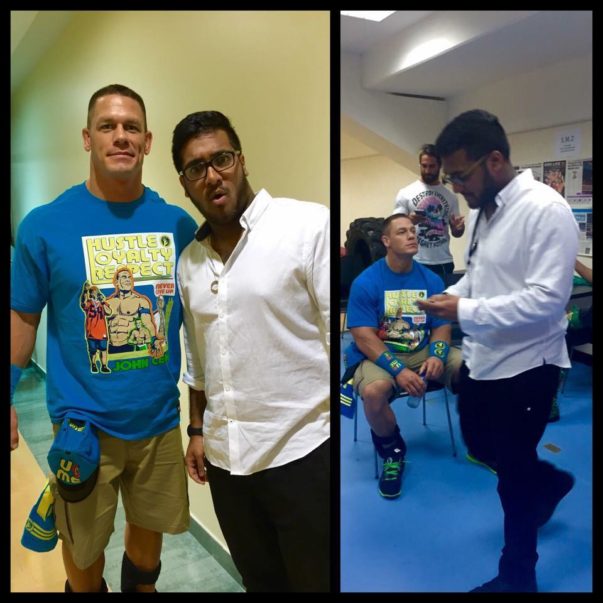 Fast forward to a few weeks later and I find myself on the phone with …. NIO? …. Niresh?

“Call me Niresh. A mate of mine came up with the name NIO about 4 or 5 years ago so people have something to call me by that’s a bit easier than ‘Niresh’. But I’m not very comfortable being called NIO.

Secretly? I wasn’t surprised to find out that your decision to become a professional magician was met with apprehension, but even as a kid you weren’t allowed to play around with cards – just for fun?

“There is this whole stigma about playing cards in Tamil culture, isn’t there? So my mum was always quite worried and never liked me playing with cards. She wanted me to study and become a doctor or an engineer; focus on my studies – as most Tamil mothers did.”

So you telling her that you don’t want to study, but want to pursue a career as a magician, there must have been a world of pain to face?

“Well, I did go to uni. At least for a while. I studied computer science at Queen Mary but I dropped out of uni after a year because I just couldn’t take it. I hated it. I could have studied anything, to be honest, and I would have hated it.

Also, I am really lazy when it comes to studying and revising and I wouldn’t have passed the course anyway. So I finally decided to leave uni and completely focus on magic.” 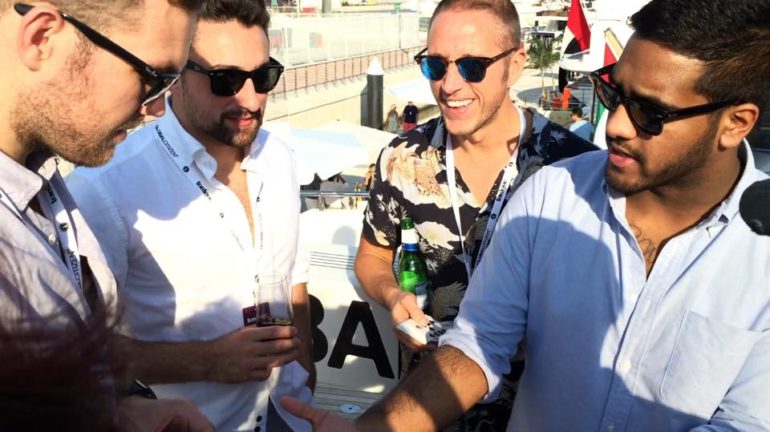 Lazy? That’s not exactly the word I’d use to describe a 15-year old who practises 8 hours a day. But fine. So up until now, your interest in magic, your card decks, your performances – you kept all of that a secret from your mother?

“Yeah. Well, my mum didn’t recognise being a magician as a sensible career choice. Or even a possible career choice. All she knew, like most other Tamilians, are your classical jobs like doctor, engineer, architect, accountant. If you tell your parents that you want to become an artist, a writer, or a magician – they don’t react well to it. And neither did my mum.

When I was younger, my mum threw close to 200 decks of cards that I had collected – not out of malice or to hurt me. She didn’t know what those cards meant to me. But when I got home and asked her where my cards were she said kind of matter-of-factly that she threw them out and that I should focus on my studies.

I knew then that she wouldn’t understand. Again, not because she was malicious and wanted me to be unhappy. She only wanted the best for me. A good job, make money and have a safe and secure future, like any other parent would.

It’s more sheer ignorance than anything else, isn’t it, I ask. It’s not ill will or hostility – they simply don’t now any better.

“Exactly. And that’s why I don’t blame my mum.

But once I had made the decision to drop out of uni, I had to muster up the courage and tell her.

Honestly though, up until now, facing my mum and telling her the truth was hands down the toughest thing I’ve ever had to do.

Because I knew she’d get upset. Which she did. She was very unimpressed with the decision. Her disappointment was not hard to read.

But I had to do it. For my sake. And to be honest, I didn’t have a choice.

Magic is all I know and all I can do. It is like an obsession. An addiction, really. The first thing I do after waking is getting my deck of cards and practising. So me choosing to focus on my magic – it was a no-brainer. I had to do it”

You say it was a no-brainer but most people would be quite daunted by the prospect of financial insecurity and entering such a fickle industry. When times were hard and money was short, were there no moments of doubt or regret? 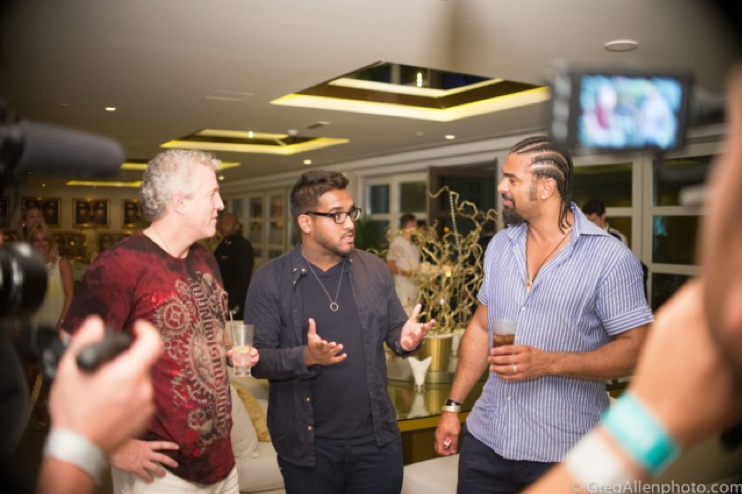 This has been a long journey from a teenage me discovering David Blaine’s autobiography at Roxeth library to who and where I am now. And naturally there have been loads of ups and downs. But no regrets.

Moments of doubt, on the other hand – definitely. Especially when I told my mum. At that point, seeing my mum so upset and knowing that it’s because of me – it hurt. And that was the only time I was really second-guessing my decision.

But as far as money goes – of course it’s important to survive, but I never got into it for the money.”

Then what is it about?

When everyone around you, from your family to your friends were telling you to go find a proper job or go back to uni, what helped you keep going?

“You’re right. I spent nine years of my life with no one by my side. I had nothing – no friends, no money, no support. But I had my magic and my deck of cards. And when I was out there doing my tricks and seeing those people reacting. When you see their jaws dropping in disbelief. That moment is what it’ all about. And it makes everything else worth it.

Because in that exact moment you have the power to make them forget all their troubles and make them happy. It’s the best thing in the world.
It’s why I do magic. That’s my reward. Not the money.

Magic has given me so much. Confidence, opportunities, experience. A purpose in life.”

That is quite beautiful. And I would love to just end it on this.

Such a poetic ending to this article. 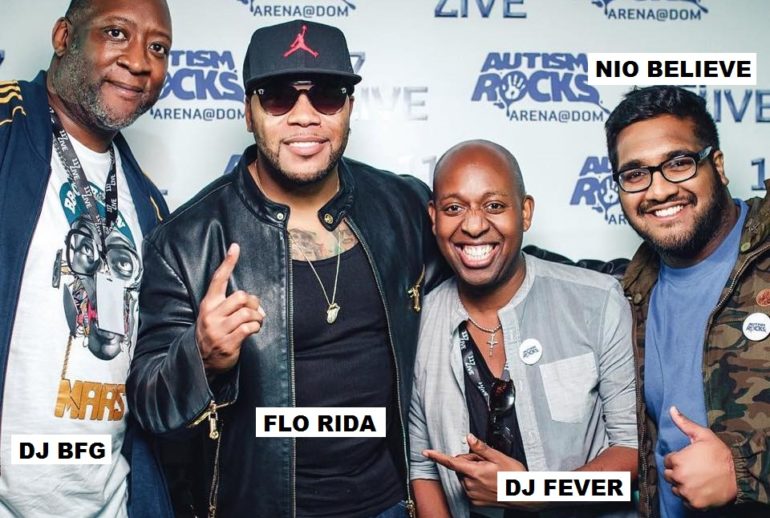 But I just want to quickly discuss another aspect of Niresh. We’ve discovered NIO the magician, tell us a bit about Niresh the Tamil kid.

“Well. To be fair, I haven’t always connected with that part of me and embraced that. It was only recently that I started to take pride in being Tamil. And we really do have so much to be proud of. We have such a rich culture, so much history and knowledge.

And more importantly, we have so much potential and talent in our community.

But unfortunately, quite a lot of these kids don’t do anything about their talents, they don’t use it. You see kids that are too scared to pursue their talents and follow their dreams. Instead they bury all their dreams and ambitions because they don’t want to disappoint their parents. And that’s really sad.

Our parents tell us that success means to go to uni, get a 9-5 job, get married, buy a house, etc. And if you don’t fit into this mould, you are automatically deemed not to have succeeded.

But I want these kids to know that it’s ok. Education is important but there are other ways to be successful. Our parents’ generation has a very old-fashioned idea of success. I’m not saying it’s wrong, but it isn’t all there is. I want these kids to know that you can make a living doing something you love. Help them see that it’s ok to pursue a career in the creative field. You can still be a respectable member of society and not fit into this pre-made mould.”

Luckily we have more and more talents such as yourself from the Tamil community that prove exactly this – there are so many other options than becoming a doctor or an engineer. You can be a comedian (Aziz Ansari and Romesh Ranganathan), a writer and actress (Mindy Kaling), a musician (M.I.A. and Arjun), or anything else you want to be.

“Yes. That’s what I want to achieve. Become someone good enough – not just as a magician, but as a person – that both my mother and my community can be proud of.

I want to be someone who kids can look up to – be a role model, a motivation. That’s the goal. That’d be my way of giving back to my community. That’s what pushes me.” 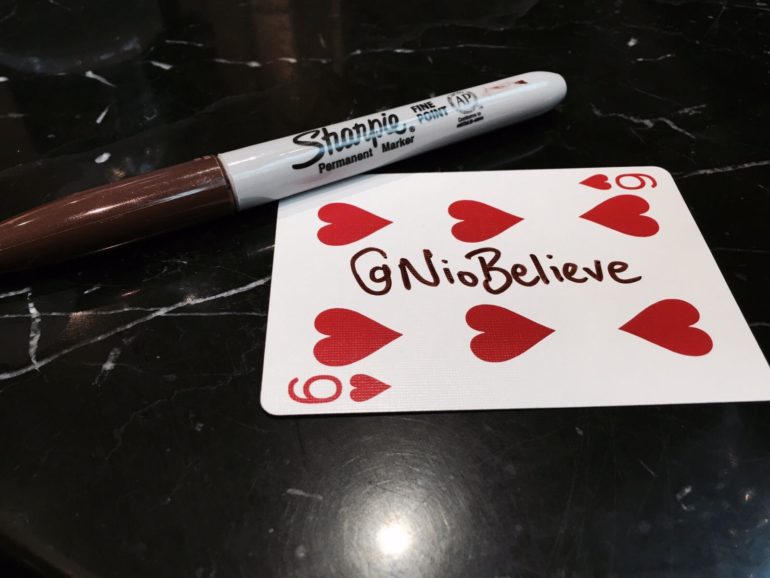 NIO BELIEVE is a London based British Tamil Magician performing his captivating style of street magic.