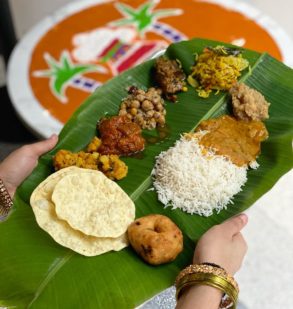 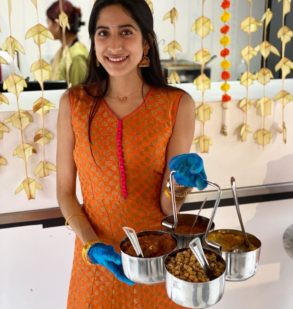 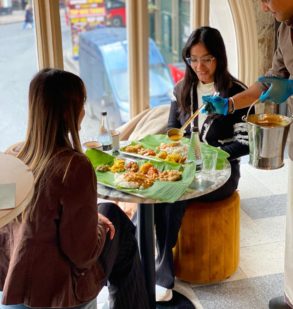 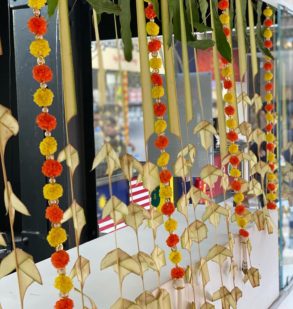 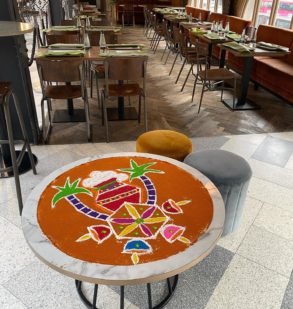 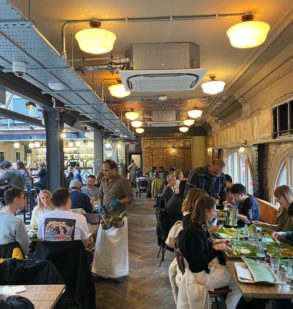 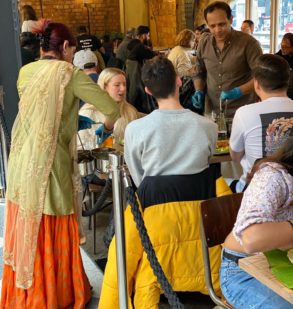 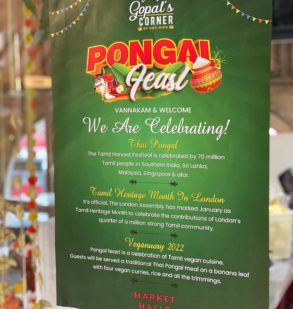 On Saturday, diners enjoyed a bottomless vegan feast served on a banana leaf to celebrate the Tamil harvest festival known as Thai Pongal, as well as Tamil heritage month in London and Veganuary.

This was a pop-up dining experience, similar to how banana leaf rice is enjoyed in Malaysia, Singapore, Sri Lanka, and South India. All three pre-booked dining sessions were sold out in advance.

As well as this, on Saturday and Sunday, for the very first time, Gopal’s Corner went completely vegan. Stripping back on their popular meat and seafood dishes, customers were given the options of Thosai (Dosa) a savoury pancake, vegan roti canai with dhal, and the Pongal special “banana leaf rice” consisting of ten items (not bottomless).

Sugen Gopal, the founder of Euston’s iconic Roti King, launched Gopal’s Corner in 2018 at Markethall Victoria, a chain of upmarket food courts. By 2019 a second London branch of Gopal’s Corner opened in Markethall West End, just off Oxford Street. Due to the pandemic and nationwide lockdowns, both branches were closed throughout. Fast forward to 2021, Victoria reopened, with their West End branch and a new site in Canary Wharf set to open by spring 2022.