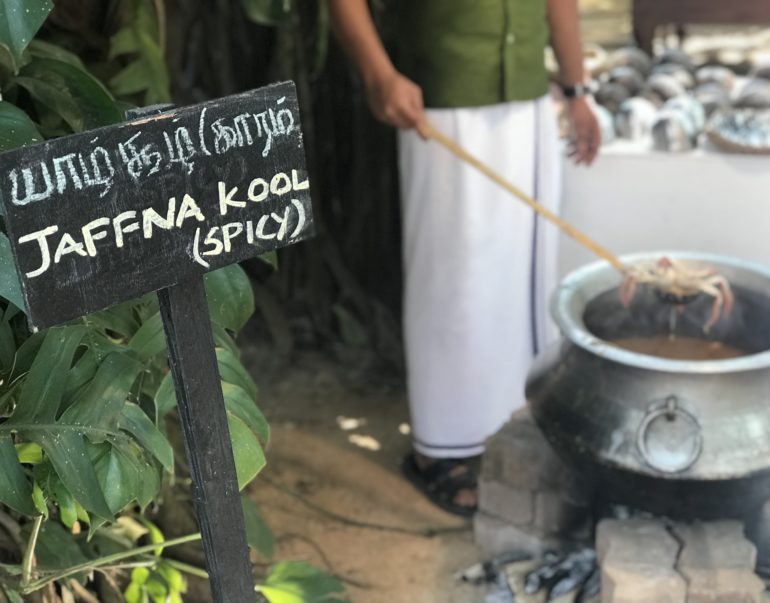 Guests were warmly greeted with a traditional Tamil welcome as they entered the 2018 Jaffna Festival hosted by Cinnamon Grand Colombo. 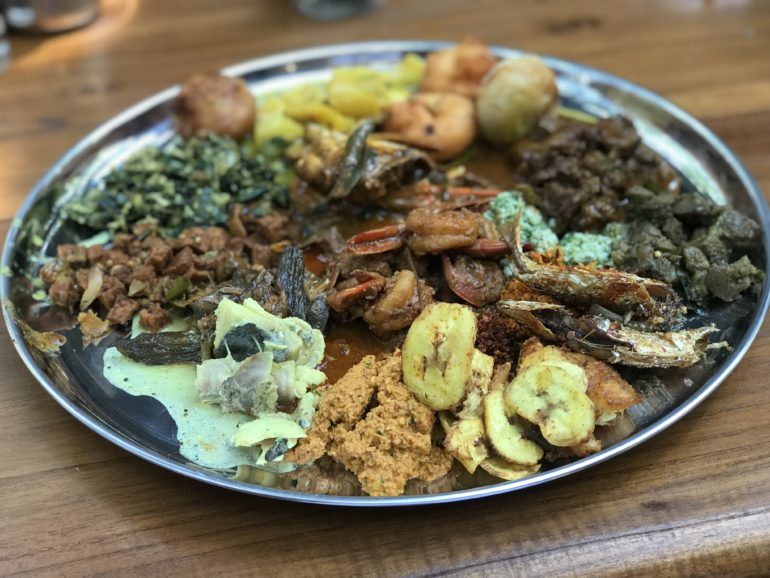 The venue, Nuga Gama, also known as the ‘Village in the City’ is a restaurant located on the grounds of the Cinammon Grand Hotel in Colombo. It comprises an outdoor dining area, an open kitchen and a farm complete with chickens and a cow! 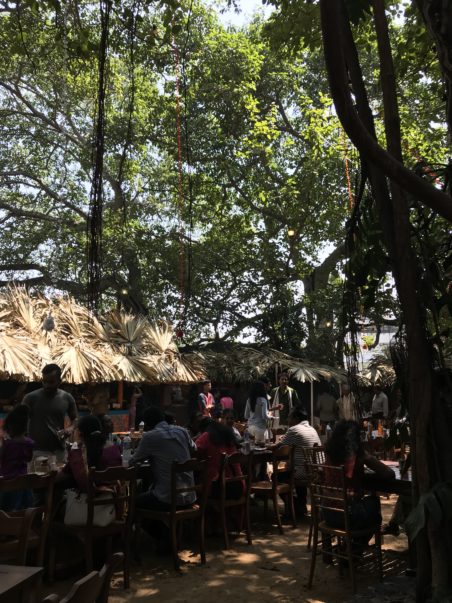 Dried Palmyrah leaves along the fencing and roofing helped to create the feel of a village in Jaffna. 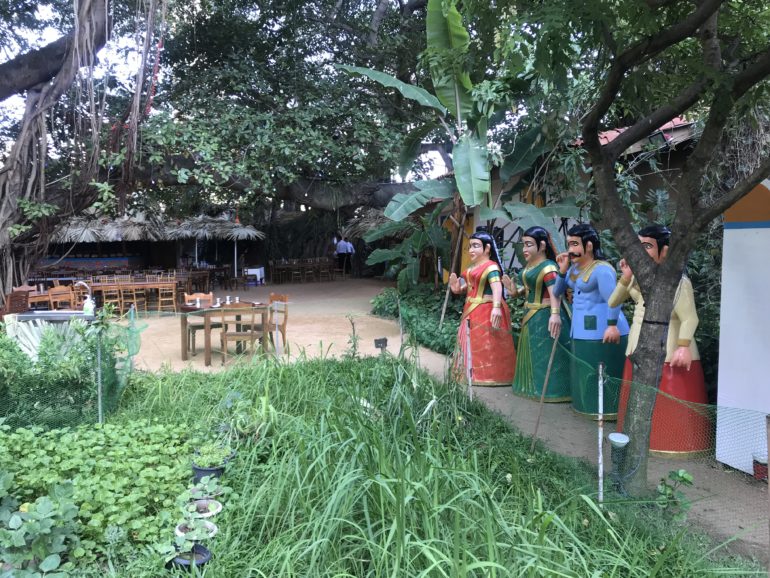 As guests entered the village, the path leading to the leafy 200-year old Banyan tree was lined with an array of market stalls operated by the festival’s cultural partners – Pungudutivu Food Manufacturers and Jaffna Palmyrah Handicraft (Guarantee) Ltd. 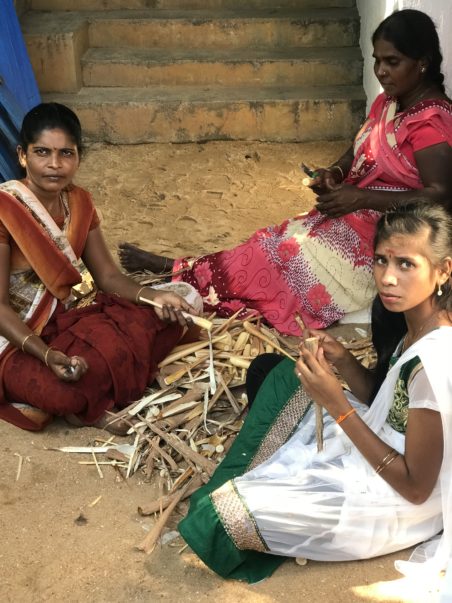 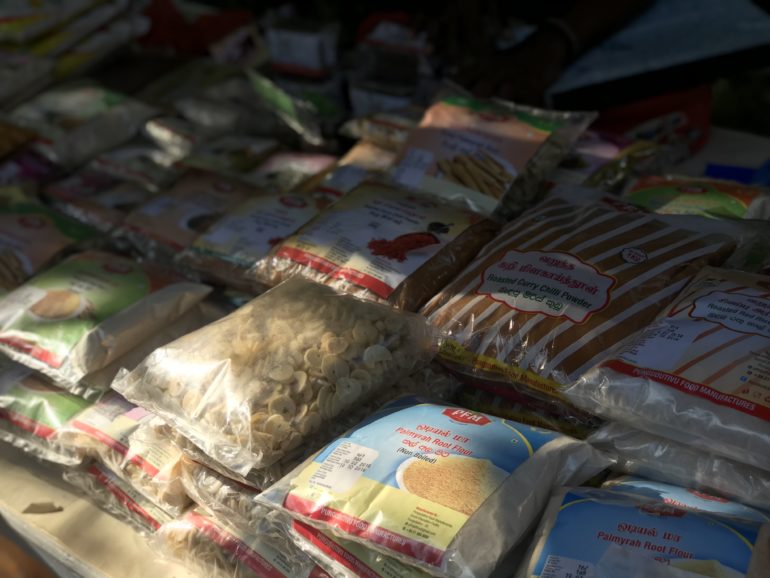 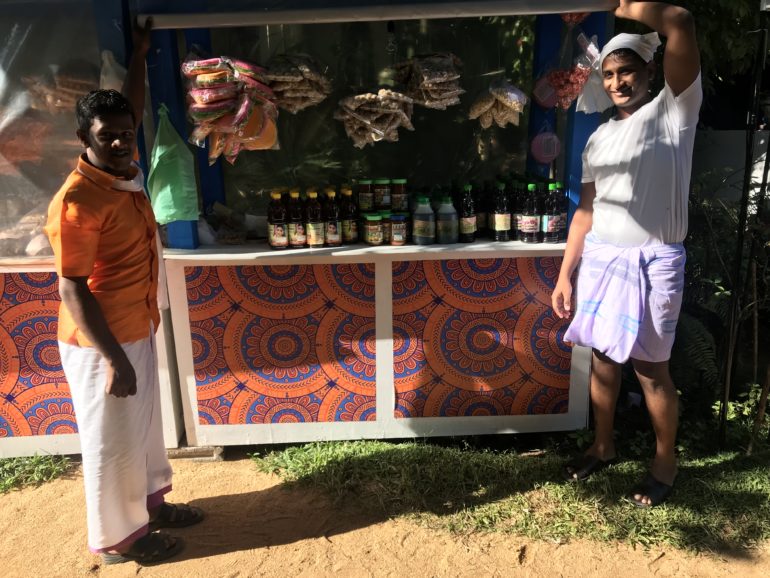 For 2,800 rupees, tourists and locals feasted on a buffet of 70 dishes that were freshly prepared by twelve female chefs from Jaffna. To maintain the authenticity the ingredients were sourced in Jaffna. 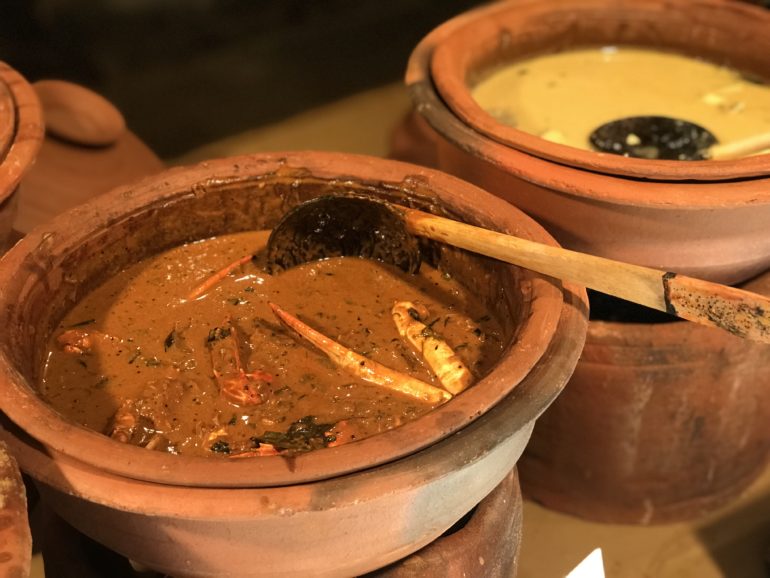 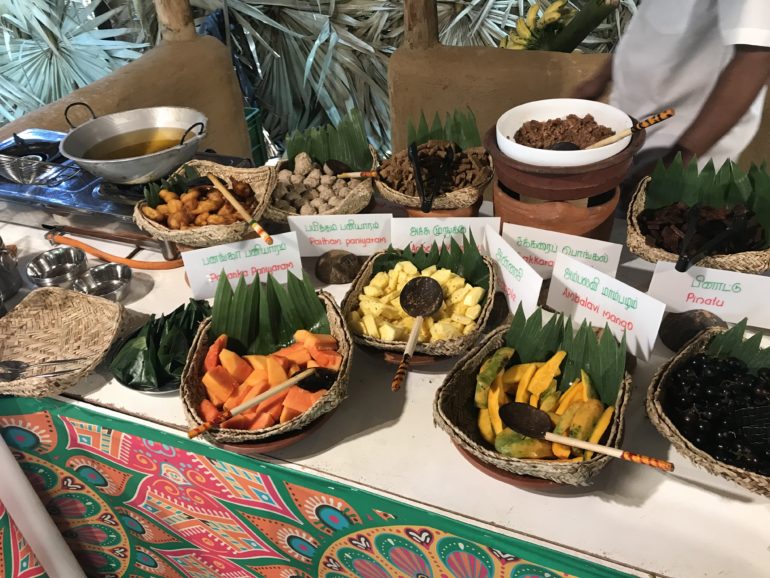 There was Jaffna Kool, a seafood broth with a spicy kick! 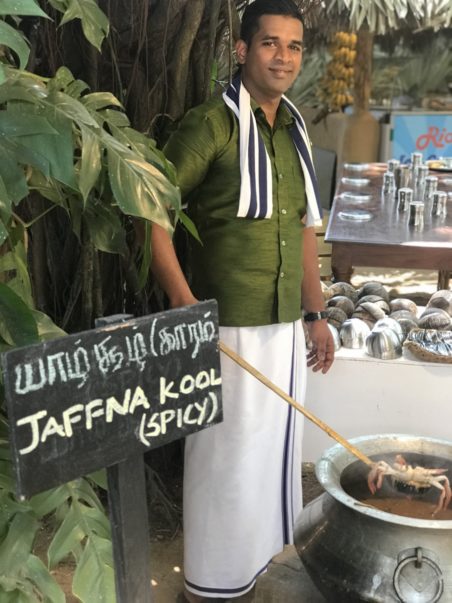 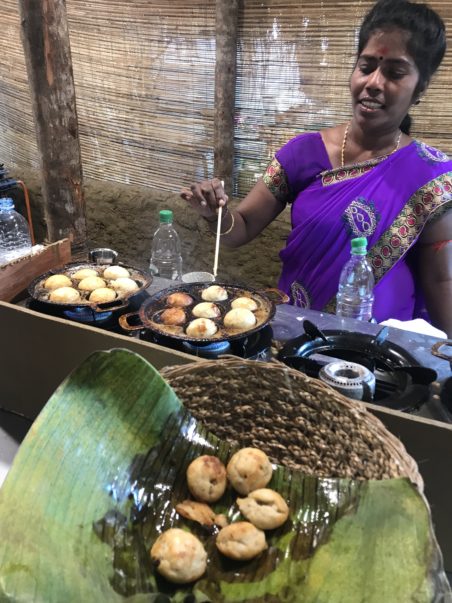 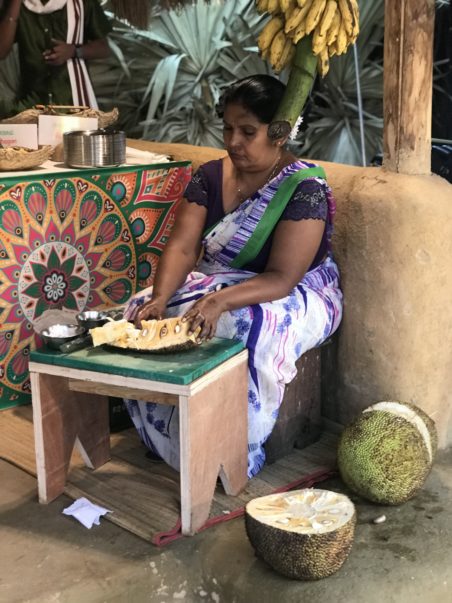 Scoops of the beloved Rio ice cream or Rasavalli Killangu dessert? No need to choose! 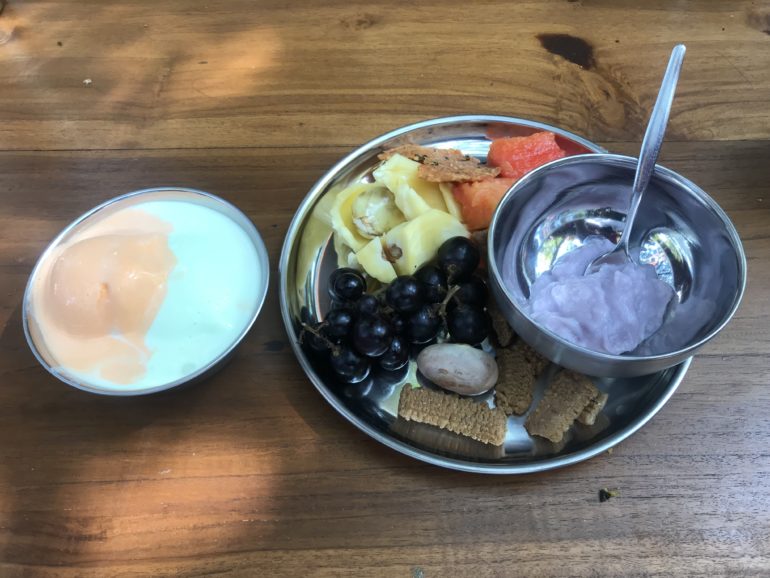 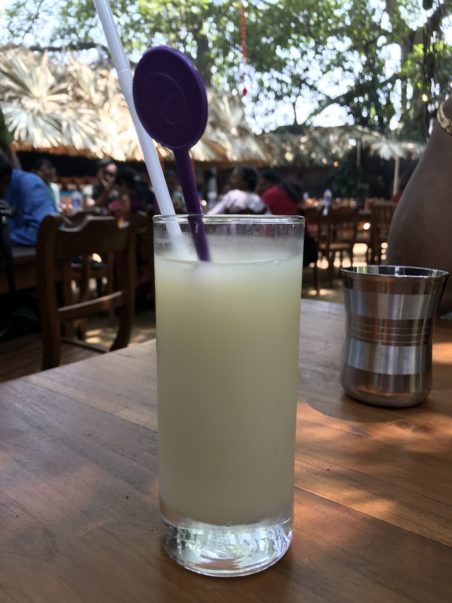 At the tavern, toddy, Jaffna Palmyrah Arrack & grape wine were available upon request. 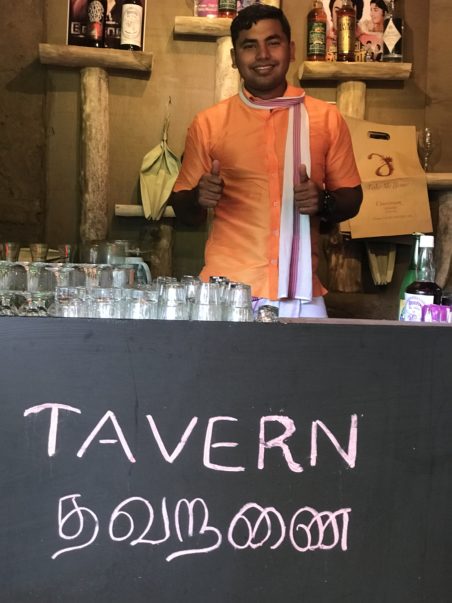 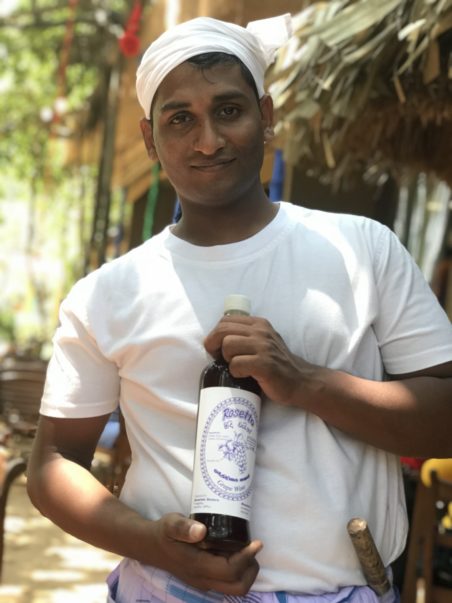 The staff explained that the sale of Jaffna Arrack, stronger than the southern version, was restricted to the northern regions in fear it would become popular island wide! 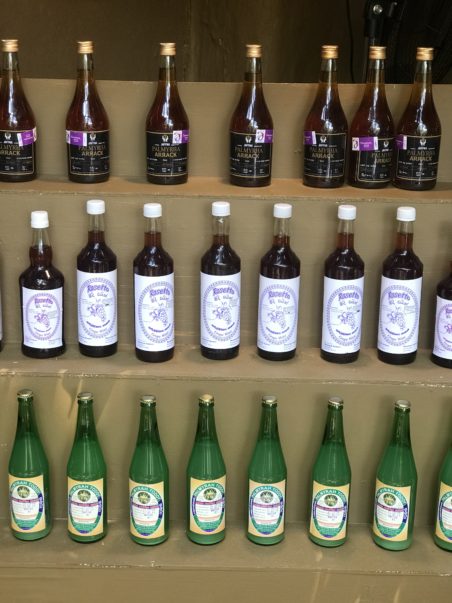 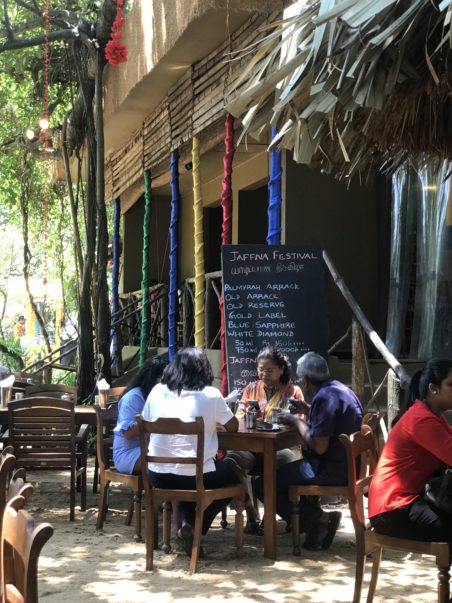 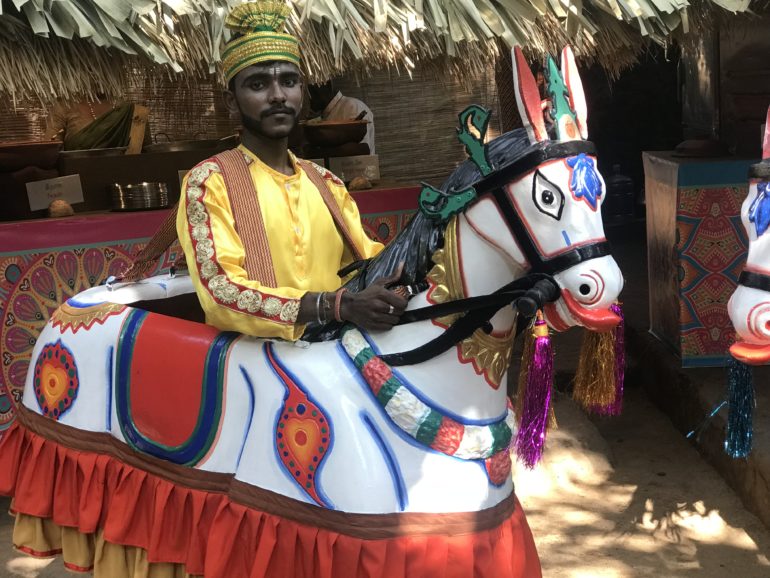 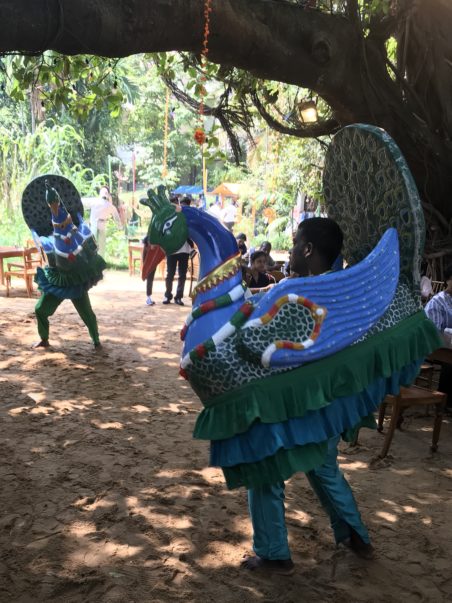 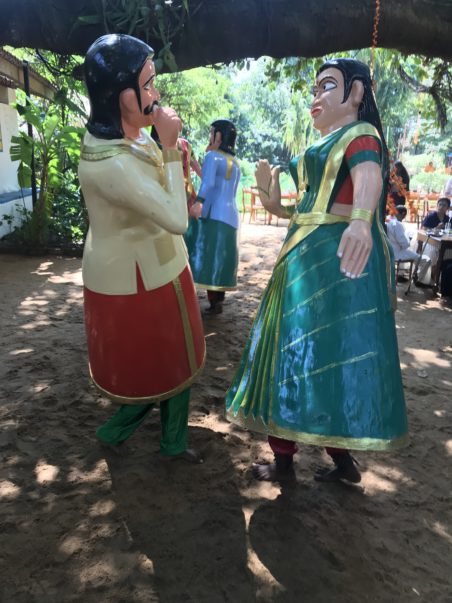 The Jaffna Festival was created under the leadership of Rohan Karr, a “Jaffna man” who serves as the Executive Vice President of the John Keells Group (Sri Lanka’s largest listed conglomerate) and Sector Head for Cinnamon Hotels & Resorts which includes managing the premier five-star hotel Cinnamon Grand.

A career hotelier, Rohan Karr counts over 30 years of experience and immense knowledge in the hospitality industry. He made a name for himself in the United Kingdom in various Marriott properties and has held the position of General Manager in several hotels in the chain, lastly being the Marriott Marble Arch, London.

He takes food very seriously and over the past 12 years he has developed Cinnamon Grand into a haven for foodies with 16 specialty restaurants and lounges to choose from.

We have it on good authority that the mutton rolls, easily the best in the world, are made using his amma’s original Jaffna recipe! Available in limited quantities at the “Coffee Stop” located in the hotel lobby, the freshly made rolls are packed with curried goat meat and not a potato (filling) in sight! 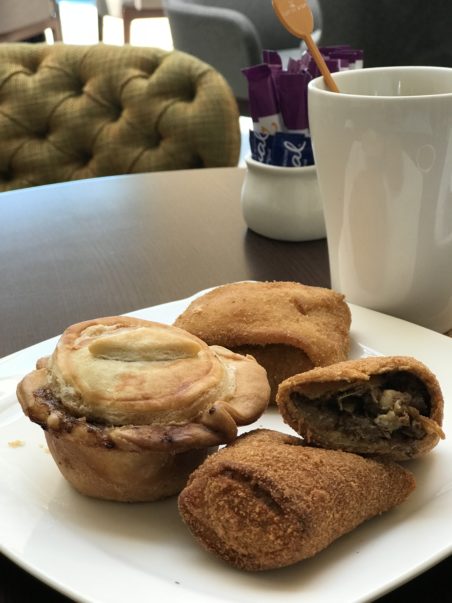 Jaffna Festival hosted by the Cinnamon Grand Colombo was a wonderful experience. The ambience, the vast selection of dishes, vibrant performances and its attention to detail made it a memorable showcase of Tamil culture in Sri Lanka.