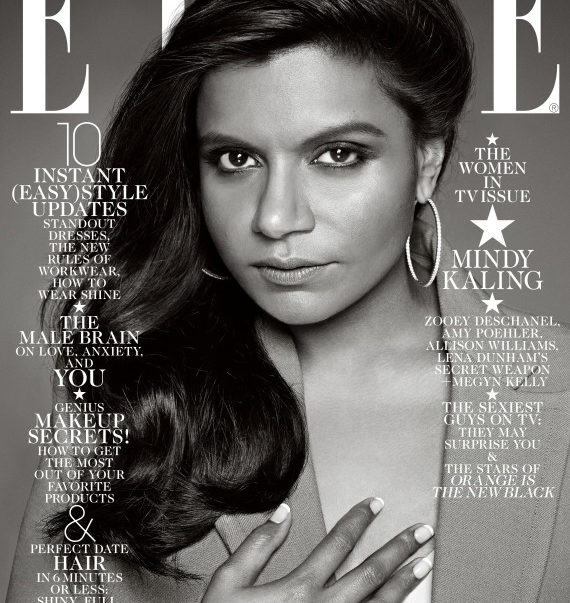 Mindy Kaling on the front cover of Elle

Half-Tamil half-Bengali actress Mindy Kaling burst onto our screens in 2005  in hit US television show, The Office. Originally part of the team as a writer, she took up the role of Kelly Kapoor in the series and has written numerous episodes including “Niagara”, for which received an Emmy nomination with co-writer Greg Daniels.

The 33-year-old has also starred in a number of feature films including “The 40 Year Old Virgin” and “No Strings Attached”. Her book “Is Everyone Hanging Out Without Me? (And Other Concerns)” was published in 2011, and in it she shares her views on romance, friendship and life in Hollywood. In September 2012, Mindy’s own show “The Mindy Project” aired on Fox television in the US, and in early 2013 the show premiered in the UK on E4.