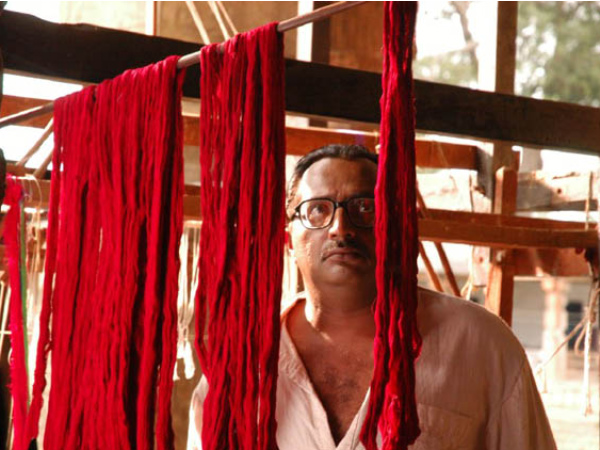 The first annual India International Film Festival (IIFF) of Tampa bay, an Initiative of the Indo-US Chamber of Commerce, opened with a red carpet event of celebrities and film-makers, followed by the opening feature film on Friday January 22nd at 6 pm at Channelside Cinemas. The IIFF hopes to provide a platform for increased awareness of Indian cinema and culture to the Tampa bay community by promoting films and industry professionals representing the diversity of India. Clearwater based Homeowners Choice Insurance (NASDAQ: HCII) is the event sponsor this year.

Over 35,000 people of Indian origin call Tampa bay their home. It is one of the fastest growing demographic in the area. IIFF will provide an opportunity for people of all ethnicities in Tampa bay to experience Indian cinema beyond Bollywood (Hindi-film industry of Mumbai, India).

Paresh Patel, Executive Chairman of Homeowners Choice, Inc said “Homeowners Choice is proud to sponsor the first annual India International Film Festival.  Our company was founded in large part by members of the U.S-Indian community. In three years Homeowners Choice has grown from nothing to insuring nearly $18 billion of Florida real estate. We look forward to this new festival achieving the same growth and success that we have enjoyed.”

The line up of films includes those that discuss wide variety topics such as social-political-cultural issues, comedy, children’s movies and more. The second day will feature a special appearance by Russell Peters, a stand up comic, who will present his DVD Red, White and Brown.

The opening feature is 7 Days in Slow Motion, an English language film by the first-time director and Disney veteran, Umakanth Thumrugoti, about a boy and his friends set out to make a film in seven days after chancing upon a filmmaker’s lost camera. Many films will be followed by a Q &A session with the filmmakers. Opening night events begin with a red carpet entrance to the VIP reception at 6:00 pm followed by opening feature at 7:00 pm followed by Q&A session with the director and producer continuing on to live entertainment and after party at Dolce Vita at Channelside Cinemas.

Saturday the 23rd events will include regional films from different parts of India as well as independent films from film-makers internationally. Cultural performances at various times during Saturday will be open to all in the Channelside courtyard. The festival includes features, documentaries, short films and a unique music video segment.

Films include Tahaan directed by Santosh Sivan (cinematographer of Thalapathi, Roja, Iruvar). It is a fable-like journey of the eponymous eight-year-old boy, filmed on location in Kashmir, whose life revolves around the pursuit to find real purpose in his little world.

Little Zizou, Directed by Sooni Taraporevala (who works with Mira Nair), a Marathi Film Ghabricha Paus and an exclusive documentary “The Salt Stories, an 84- minute, a road movie set in modern India that follows the trail of Mahatma Gandhi’s salt march of 1930. The line up of Short films includes “Kavi” a film by Gregg Helvey that has been short-listed for the Oscars among others.

A panel discussion on “When Art Meets Business”- Film-making and Finance in the Global Market will be on Saturday at the Dolce Vita lounge and is open to public. Lindsey Guthrie, chair of the Film Florida’s Film Commission council and manager of Tampa Bay Film Commission, will moderate this panel lead by attorney Larry Haber from Law offices of Lawrence Haber and Tom Garrett, a producer of independent feature films and a founding partner of Circa Films, a sales and distribution company.

Sunday afternoon will feature a presentation by Kanniks Kannikeswaran, a visionary musician, composer, music educator and writer, on the topic The Magic and Music of Bollywood. For the first time in US, IIFF will introduce a music video segment celebrating South Asian music videos as an exciting form of cinema. Programmed and hosted by well known Canadian Asian music personality Raoul Juneja (a.k.a. Deejay Ra), the segment highlights the growing independent movement of South Asian music artists from around the world, representing genres of pop, rock, hip-hop, dance, and many more. Up and coming pop singer Prita Chhabra will also be in attendance and will perform at the after party.

The festival will feature one Bollywood film, Wake up Sid, on Sunday at noon. This will give Tampa bay community a chance to experience part of Bollywood with all its glamour. Many of the films presented have won several awards from around the world in various categories and IIFF Tampa bay is proud to make such a great collection of films and film-makers to Tampa Bay.