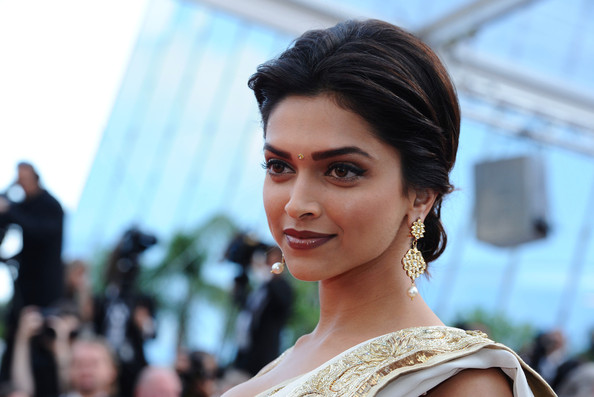 How did your role as Naina in Yeh Jawaani Hai Deewani (YJHD) come about?

Ayan Mukerji approached me about the film, and said he’d written the part with me in mind. There were no 2 ways about it. I instantly agreed, as I wanted to work with him, form the time I’ve known him. The script wasn’t even written then. I took it on faith and trust alone. I loved and admired Wake up Sid and he is a director who portrays human emotions so beautifully on screen. There is this emotional chord he manages to touch and he makes you feel something in scenes and more so, at the end – he makes you reflective about life.

Working with your ex boyfriend Ranbir Kapoor, after Bachna Ae Haseeno – how have you both evolved as actors?

I admire his choice of films, his confidence, and the way he portrays his every role. He’s a very giving actor and I like the fact that people appreciate our on screen chemistry. He is brings a lot of natural, non rehearsed stuff to the film and his versatility is impressive. He is a dear friend and we have a lot of trust and respect in the equation. His success is mine, as mine is his.

How about other new-gen actors you’re working with, like Ranveer Singh, your Ram Leela co-star?

I believe that today’s generation are versatile – all of us are a lot more experimental and ready and willing to take risks. Today’s cinema is changing, with a wider variety, wider choice, and an audience who are accepting of good films, which are appreciated ultimately…

Working in sub zero temperatures and the tough Manali schedule for  YJHD?

Ayan had a certain palette that he wanted to capture and it was all part of the story and screenplay. We shot at these locations for a reason, as it’s about a group of friends who go on a trek. Even though we shot a love story, it was more like an adventure film, due to the physical exertion. The actors get it a bit easier than the film unit – the unit really suffered – carrying equipment on snowy mountains! And this was all constant, for 1 and a half months. It was exhausting and adventurous, like we had make-shift toilets with cardboard. The high altitudes of Manali helped me build up my stamina and after being back in Mumbai, I was more fit than ever!

Cinematography by V Manikandan in YJHD, who also did Tamil films like Anniyan, Mr. Romeo and Sengottai…

V Manikandan was the cinematographer of Om Shanti Om, my first Bollywood film, so I always appreciate how his eye and lens create breathtaking cinematography.

Working with the gorgeous wife of Anurag Kashyap, Kalki Koechlin, who was raised in Auroville, Tamil Nadu, and Poorna Jagannathan, who is American Tamil, as supporting ladies

I don’t have scenes with Poorna, so there was not much interaction with her, but with Kalki, I’ve gotten to know her well. She is a very lovely girl – very naughty, adventurous, mischievous and full of life. She exudes energy.

Oh yes. I’m a Mangalorian! I love South Indian food and the first thing I tell my Mum is to make me something like piping hot Rasam with rice and dollops of ghee (laughs).

You starred in the hit Kannada film, Aishwarya, as your very first cinematic outing, with Upendra…

I did – it came after signing Om Shanti Om. Farah was going to take about a year to prepare and start on Om Shanti Om, and she suggested a film in South India to enable me to be more ready for Shah Rukh Khan. It was really fun to do a film in my third language, in Kannada and it did well also.

Venturing into filming in motion-capture 3D, like in Tintin…

The film is called Kochadaiyaan and it is a period-fantasy love story. The technique of motion capture took me a few days to understand. Until you start doing it and you being to see how it functions, it is a challenge. I’m extremely excited about how it will turn out and to see myself in 3D.

What was it like working with debutant director, Soundarya Rajinikanth Ashwin?

Rajini Sir’s daughter, Soundarya, directed Kochadaiyaan and she is very sweet and the fact that we’re all South Indian meant that we all connected over rasam and rice. I also wanted Soundarya to take me to watch AR Rahman record, as it’s my first film with his music and I am a big fan.

How about working with THE Superstar Rajinikanth himself?

Rajini Sir is so grounded, humble and down to earth. No words that I say will ever be enough to describe what a big star he is. He’s like a kid on set, so excited about what to do next. What I will always take back from this film is much more than the 3 days working with him. It is what a  warm and humble person he is, for everything he is, as a Superstar.

How does one achieve the smokin’ HOTT Deepika Padukone BODY!?!

It’s a part of my lifestyle and it really also boils down to the quality of work and I do. I combine Pilates and functional training together. I love physical things like long walks, going to the gym, and if on a shooting schedule, I also enjoy sports like swimming, cricket and football.

Chennai Express is the other film that our readers are looking forward to, with you in South Indian outfits…

It is a romantic comedy from Rohit Shetty and yes, I do wear a South Indian half sari. We just wrapped up and it’s been a great experience. I don’t want to spoil the surprise by talking about it so early, but suffice to say, working with Shahrukh Khan, after Om Shanti Om, was a breeze. The film captures the journey of a man, from Mumbai to the Southern Indian Temple island, Rameswaram.