Keeping up with the Kandasamys: A South African film with a South Indian twist

Here at Thamarai we do our very best to cover all things South African with a Tamil connection. When it comes to films, we have featured period dramas including “White Gold“, a 2010 film about the struggles of indentured Indian labourers, and more recently, “Free State” staring the handsome Andrew Govender, who represented South Africa at Mr World 2012. Today Verushka Ramasami focuses on a film, set in her home town of Durban – Keeping up with the Kandasamys, directed & written by Jayan Moodley, who also directed & produced White Gold.

You will be disappointed if you are expecting an Indianised version of Keeping up with the Kardashians! Set in the heart of Chatsworth a predominately Indian suburb in Durban, South Africa, the opening lines of the movie takes us back to the Apartheid era. The Indian labourers who had come to work on the sugar cane fields were moved to this suburb due to the Group Areas Act, a policy of the apartheid government of the time, which assigned racial groups to different residential and business sections in urban areas.

Set on location, Jayan Moodley brings to the big screen life in Chatsworth, including landmarks such as the vibrant Bangladesh Market frequented by local Indian families for their groceries. 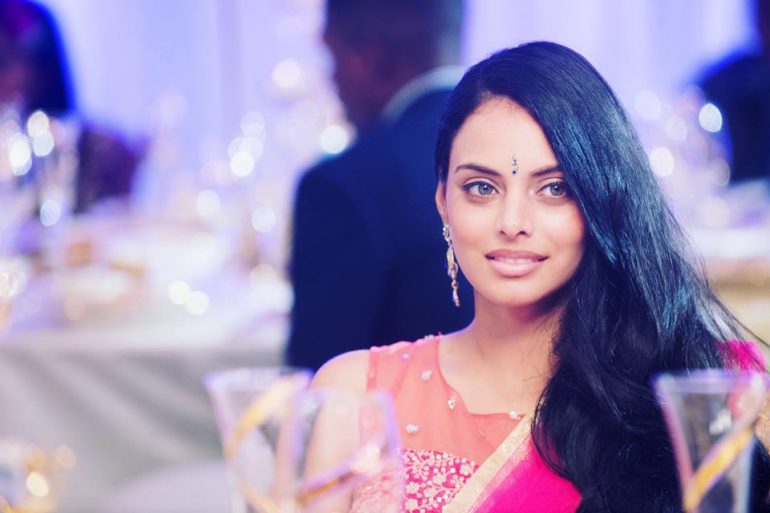 Like all good love stories, the union of two young lovers is at jeopardy thanks to the bitter rivalry between the matriarchs of the Kandasamys and Naidoos, a somewhat modern day Romeo & Juliet tale with a South Indian twist. To make it worse, the families are also neighbours!

A wedding, plotting mothers, friendly fathers, a quirky Aya (Granny) with the best one liners, all add to the captivating charm of the movie. 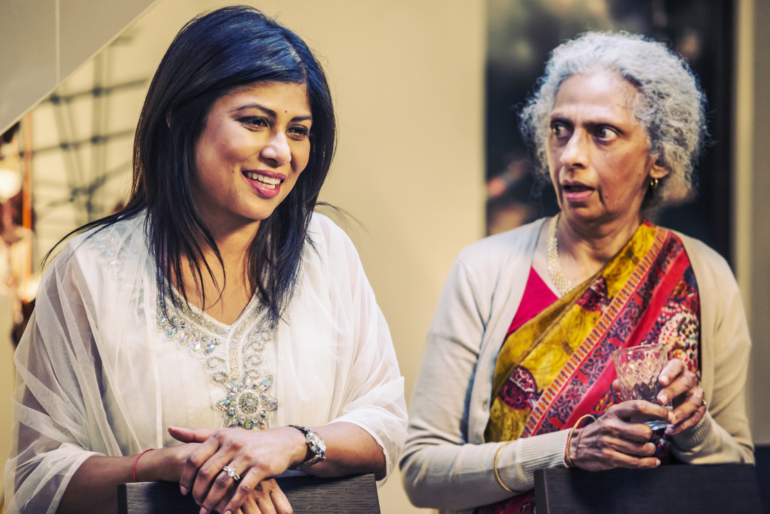 “I loved shooting this film on location in Chatsworth. It’s an iconic place, like District Six or Soweto. It’s vibrant, lively and spirited, and I believe we have managed to not only capture its idiosyncrasies but also its heart and soul that will make global audiences fall in love with it too, over a barrel full of laughs,” said the director Jayan Moodley.

I must admit I was initially rather sceptical about watching this movie but a mere fifteen minutes in, all this changed. The storyline is one that many can relate to, especially those with meddling relatives, or perhaps a similar story! Walking out of this movie I felt proud of my roots, my culture, and South Africa, the land of my birth. 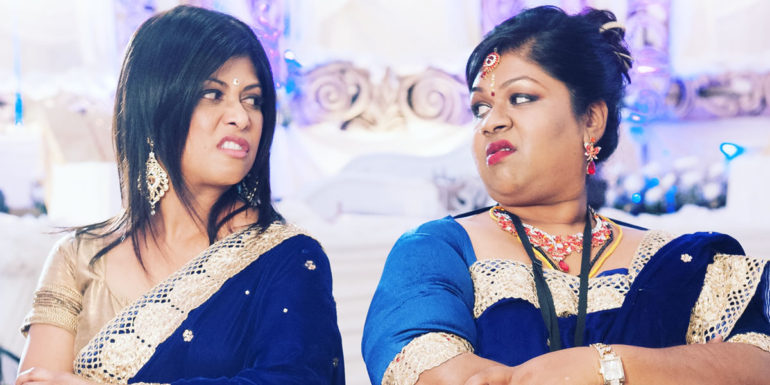 It took me three different occasions to book a seat, which goes to show the popularity and support across South Africa for this movie. In the opening weekend “Keeping up with the Kandasamys” took in 1.6 million South African rand which equates to 100,000 British pounds. Within two week it has taken in 4 million rand, not bad for a local production in any country! According to a statement released by the producers, more than 76‚000 people have so-far flocked to cinemas to watch it. The amazing cast continue making appearances at the various cinemas meeting fans prior or after the screening. If this is what is in store for local films in South Africa, I am excited for what the future holds.

Now when is Keeping up with Kandasamys 2 coming out?

Verushka is a 30-something Indian lifestyle blogger based in the sunny city of Durban in South Africa. By day a lecturer of Tourism by night a wordsmith, Verushka has a mild addiction of all things British after living in London for almost a decade. A domestic goddess who loves travel and books, this young lady is very much in touch with her South Indian Culture and heritage. Through her blog, The Spicegoddess you get a sneak peek into her world which is a fusion of East meets West.