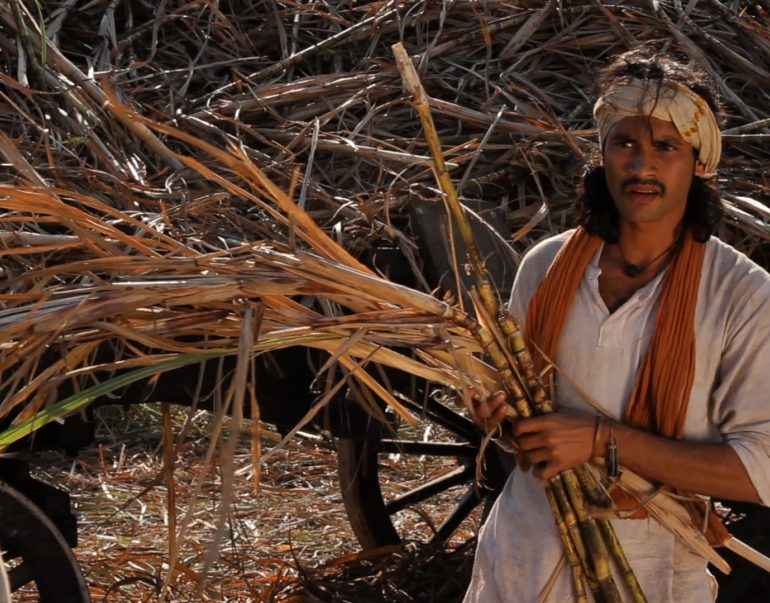 Two weeks ago we posted a feature about a South African production called “White Gold”, a film which re-enacts the struggles and sheer determination of Indians arriving in SA 150 years ago. Given the fact that some South Africans in this present day choose to live by misled fallacies with respect to their origins, I wondered if this film would be an eye opener to young South Africans in ironing out the giant creases that hinder our progression as South African Indians.

The film is set to release to the public on 26th November, but we at the Tharamai.com South Africa division caught up with the producer, Jayan Moodley and her cast to talk about their experiences of making “White Gold” and the impact it would leave on our society.

The cast members that joined us for the interview were Madhushan Singh, Mishqah Parthiephal, Rory Booth, Dean Chetty and Vignesh Sankaran, all aged between 19 and 23 years.

Q: Jayan, given that J.K Rowling is renowned for her famous off-the-cuff Harry Potter story, was the inspiration behind White Gold similar to J.K’s epiphany?

A:  No, it was never an epiphany at all, it all started off with a desire to discover my roots.  After numerous trips to India and much research I began to learn things about my heritage and the hardships faced by Indians at that time.  I remember going to my family’s village in India and the locals telling me that some people left to a place where gold could be found either on chilli trees or littered on the pavements.  I knew a true account of what happened 150 years ago needed to be told to present day South Africans. 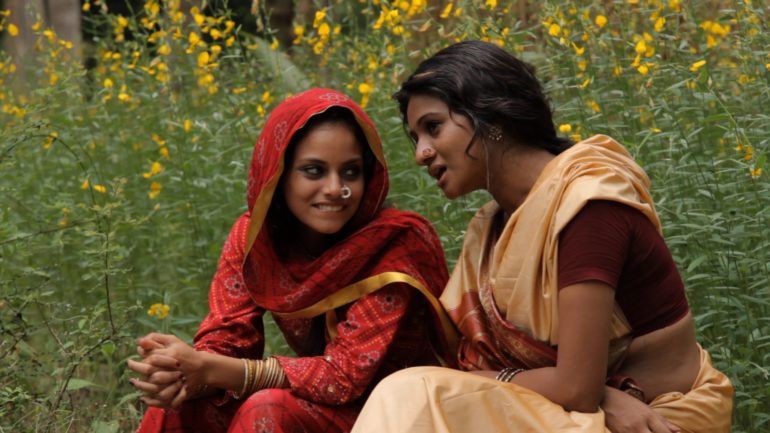 Q: Madhushan and Misqah, as two people that come from Hindi and Urdu speaking origins, the two of you had to grasp Tamil in order for both of you to suit your characters.  Do you see yourselves as brand ambassadors with respect to the dissolution of linguistic discrimination; since we find that many non-Tamil speakers don’t really view Tamil in a positive light?

A: Yes. As the younger generation we all need to understand that those linguistic barriers don’t exist anymore since we all speak English. However, I loved learning Tamil; I think it is a beautiful language and I believe everybody should learn to respect each other’s “languages”. This is what a film like White Gold is about – it’s about creating awareness of the hardships faced by others, in building legacy to dissolve linguistic barriers and create a melting pot of diversity.

Q: To the group, do you feel this film would also liquidate religious barriers amongst Indians, given that another vector that stands in our way of utopian unity is religion?

A: “The nice thing about this cast is that everybody belongs to different religious groups and everybody understands and is respectful of the others. Nobody came in with any fundamentalist ideas, it was a learning experience for everybody and the cast had an amazing bond.  Yes, it is a film that sets out to break religious boundaries that have been put up in the past and clear up any misconceptions. It would be the sort of film that would let most people look past the small things that divide and instead envisage the real trials and tribulations that went on back then it may want us to put aside our difference and really see the South African Indian Identity for what it really is” said Jayan.

Q: To cast, what did it feel like learning one of the world’s most ancient languages (Tamil)?

A:  It was very tricky, it required much practice though we did get help from fellow cast member Vignesh Sankaran.  There were times in which we had to get our pronunciation right or else the word could have a totally different meaning. “For example if we accidently said “muttai” (egg) instead of “mutham” (kiss) then the sentence would have a totally different meaning” said Madhushan.  Jayan added that this is also a film that is designed such that people would find a motivation to learn Indian languages since it plays a major part in our ancestry and amongst the hustle and bustle of the world and present day life, language pretty much gets swallowed in the midst of it all.

Q: Misqah, feminists would look at this film and say, “I’m sure it’s not only about the guy!” Tell us more about your character and does your role carry a message of female empowerment?

A: I play Noorjahan, she is a very young, courageous sort of girl that believes in breaking boundaries, she is headstrong and very daring. She is free-spirited and feisty, does not like to be told what to do. In terms of empowerment this film does touch on some gender issues.

Q: The films caption reads: “They came for gold but left a legacy”. In South Africa, many Indians believe that they would have been better off in India rather than South Africa and that there was not much of legacy to be left behind, what do you have to say to those people?

A: “Well even though most of us to a degree are westernised, what people need to realise is that what happened was a miracle, because amongst the oppression and toil we still managed to maintain our culture, since people still dress in eastern garments we still have festivals there is plenty to be proud of” said Jayan.   The cast also added that most of the cane cutting they did was actually real and that while in India they got to experience what village life was all about. They felt that acting out the hardships of what their ancestors went through made them emotional, and, in retrospect they would never take for granted the lives they lead today, since the table they eat off was built by the hardships of others. They maintain that it was a life-changing experience for them all.

Jayan then said that this film is made for South Africans. It has elements of love, sadness and moments of joy and excitement it would be something that tags at every South African Indian’s heart strings as it would give each person a vector of identification.

White Gold is also set to release to audiences worldwide, so audiences outside of South Africa would get a chance to be touched by a truly inspiring tale of an Indian Dream that became an eternal legacy in the land of green and gold.