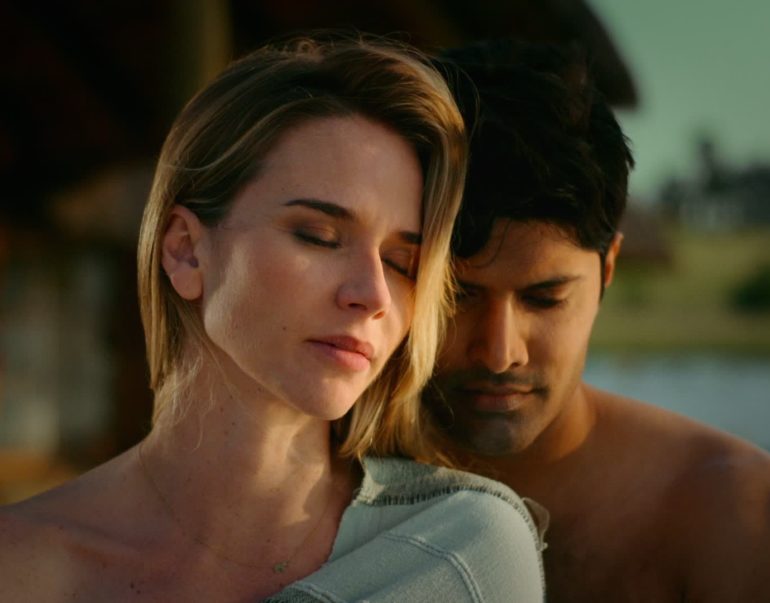 South African-born and bred actor Andrew Govender might not be a household name in the film industry just yet, but the budding young actor is currently creating quite the buzz with his debut in the feature film “Free State”. Written and directed by multi-award winning director Sallas de Jager, the film sees the young ‪‎Tamil‬ in his first ever major leading role.

“Yeah, I am genuinely excited about the movie. I mean, it’s the first time I have a lead role in a feature film, and since acting is my real passion, I’m really hoping to excel in the role,” said Govender.

Made in association with Indian production company Parnam Entertainment, “Free State” tells the story of Jeanette, an Afrikaans girl played by former supermodel Nicola Breytenbach, and Ravi, a carefree Indian portrayed by Govender, and their forbidden love. It is set in 1970s South Africa, a time when interracial relationships were not only frowned upon, but against the law.

“I know to most South Africans an apartheid story can be a bit tiring but this film is more than just another apartheid-based film. It is essentially a universal love story, which resonates not only to a South African audiences but to the rest of the world,” Govender explains in an interview. “It is an incredible love story; one that has not been touched before. It makes you feel empowered from within.”

But Govender is not just a pretty face that can act (a pretty face, by the way, that, among other things, earned him the title of Mr South Africa in 2012, thus making him the first Indian to win this title). In addition to his promising acting career, the statistics graduate also holds a full time job as an actuarial science practitioner. “I love my career and it keeps me sane. While I enjoy acting, it is not something I can consider pursuing full-time. It is a fickle industry and I am happy that I am able to pursue it whenever I can while still continuing with what I studied,” he says.

“Free State” is in cinemas now and has also been selected for a series of international film festivals, including the Chennai, Berlin, Cannes, and Garden State film festivals. The film is being released in English, Hindi, and Afrikaans.