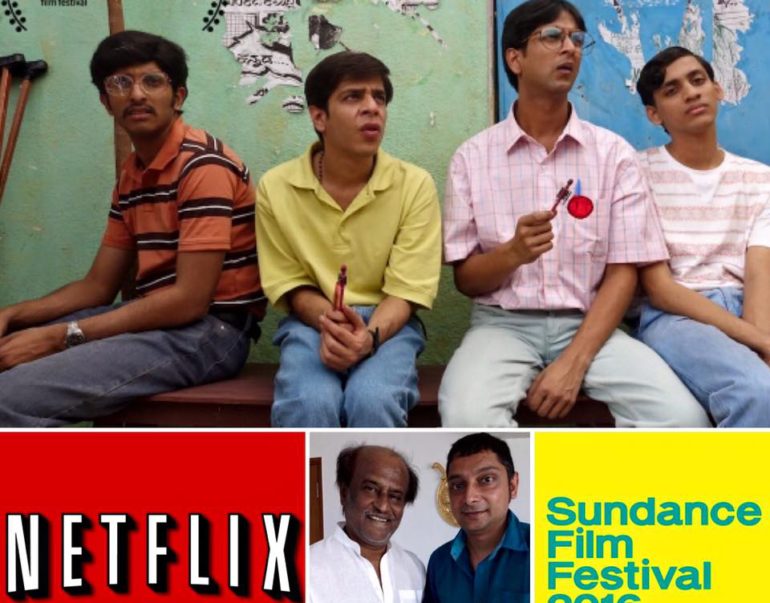 Congratulations to London based author & journalist Naman Ramachandran. After the success of his book ‘Rajinikanth: The Definitive Biography’, Naman is back in the international spotlight.
Naman is the screenwriter & executive producer of the english language period film, Brahman Naman, a coming-of-age-comedy set in 1980s India. The film premiered on Sunday at the internationally renowned Sundance film festival.

Variety reported today that Netflix is nearing to closing a pact for worldwide streaming rights to “Brahman Naman,” The deal for the film will be in the seven-figure range.

Check out the trailer here: http://youtu.be/UDgenO57KlY

Being a teenage virgin in Bangalore, India during the 1980s was not for the faint-hearted. If you were a quiz nerd on top of that, forget about it. Naman, a young quizard who is determined not to sleep alone, leads his hopelessly nerdy high school friends on a trip to Calcutta with their eyes on a major college quiz prize. Young, smart, and full of heart, the trio are determined to win, but they’re just as determined to lose their virginity in the process.

Raising a finger to the Indian upper class, the camera is mightier than any sword for director Q. Revered internationally as one of India’s most vital independent filmmakers, this provocateur‘s newest cinematic cocktail takes the classic American teen comedy, sharpens it with bawdy British word play, and hurls it in the face of the establishment with a fresh Indian cast. This is a stylish, hilarious postcolonial rub that proves the pulse of underground Indian cinema has quickened.