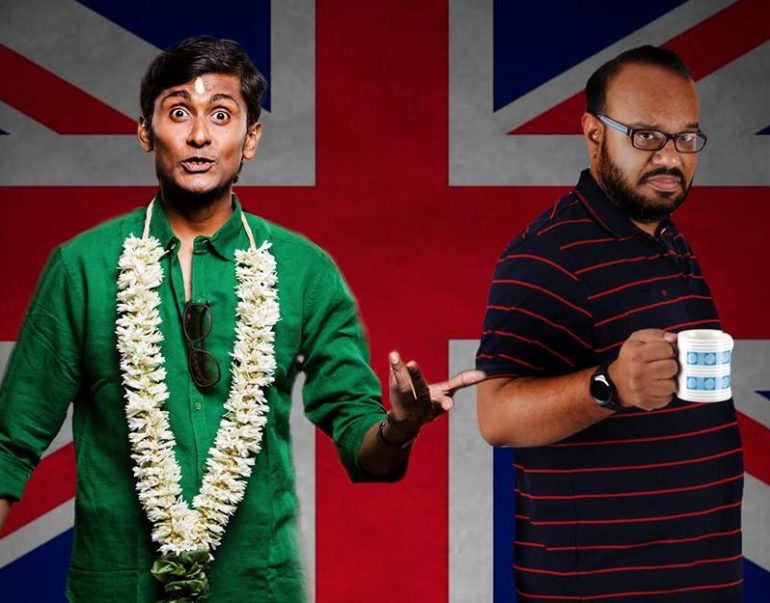 After their successful maiden tour of UK last year, Evam and BlueFeather are back with a brand new show ‘Orthodoxically Yogi’ this April 2017.

Orthodoxically Yogi is a standup show that brings together two super talents together – Alex and Praveen! Come catch the duo as they bring down the roof with their lines and take you back on a nostalgic laugh ride.

Age Restrictions
This show is strictly for 16+ only due to the event format, content and venue restrictions

About the Comics
Alex / Alexander is a seasoned Toastmaster and public speaking champion who has won humorous speech contests across South Asia. A former software engineer turned yoga instructor, he brings a distinct style of comedy and hilarious tales from everyday life. Alex is one of the newest stars from the comedy scene, with his last few videos going viral online.

Praveen Kumar is one of the leading stand-up comedians in the country. His clean comedy makes everyone comfortable even in the most uncomfortable seats, which makes him a favorite among audience of all ages. His love for comedy is so much that he decided to get married (just kidding). He has also been nominated for Forbes Top 100 celebrities in India, Rated as one of the Top 10 stand-up comedians in India by Times of India and one of top 10 comics in India to look out for by IBN live. 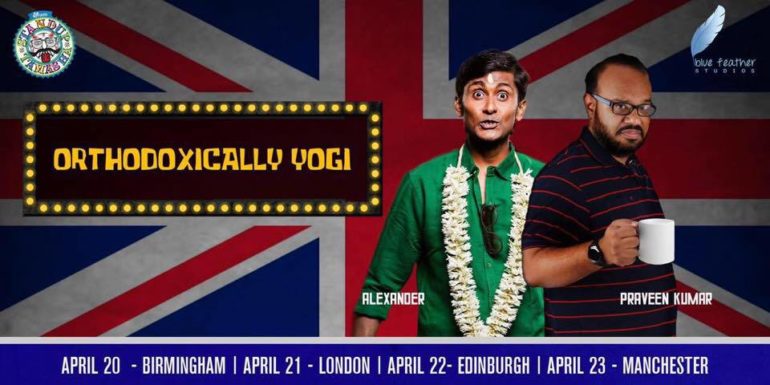 Note: PLEASE BRING SOME CASH TO PURCHASE FOOD & DRINKS AT THE VENUE

Seating Arrangements
Seating is on a first come first serve basis. The doors open at 18:30 and the show starts at 19:30 and ends at 21:00. You will also have time to say hi & click selfies with the comics, post the show.

About evam Standup Tamasha
Evam Stand-Up Tamasha was co-founded by Karthik Kumar and is South India’s largest Standup Comedy movement. And we firmly believe that the most important joke we will tell is the next one.

About Bluefeather Studios
Bluefeather Studios was founded by Suresh Seetharaman and is a Photography & filming service provider in the UK. Sandhya Anantharaman is the publicity & content manager for Bluefeather Studios and will be the person answering most of your queries when you get in touch with us. We recently started event management and this is the second comedy production that we are bringing to the UK.